The Power of Red: Celebrating 60 years of Full Clergy Rights for Women in the UMC 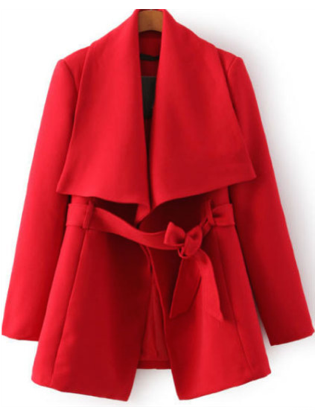 It was a red coat that caused Abigail Harkness and her husband Daniel to be shunned from their local Quaker community.

In an era when a “proper” woman was expected to both behave and dress with modesty, gentility, and aestheticism, Abigail’s red coat signified “worldly clothing” and, in the eyes of many, was neither modest nor proper. When her husband Daniel refused to apologize for her coat, the Harknesses were expelled from the flock.

The couple soon found their home within the Methodist Church, where Abigail could wear her red coat without judgment. Georgia Harkness, one of Methodism’s great pioneers, loved to share that story of her great-grandparents.[i

Abigail’s red coat became a symbol of courage and empowerment for Georgia, who herself broke boundaries of expectations of what was proper for women to accomplish amid the great social changes of the mid 20th century and within the Methodist Church. Georgia was nurtured in the Methodist faith and was known to be a woman of great piety, deeply prayerful and socially engaged. As a respected theologian and scholar, she was also very influential in the movement that led to the 1956 General Conference granting of full clergy rights for women.[ii]

How grateful we are as a denomination for the delegates (clergy and laity) who courageously and outrageously followed the Holy Spirit’s leading to affirm that God does, indeed, call women to serve as pastors, preachers, shepherds, teachers, and leaders in the life of the Church and for the sake of Christ. Over the past 60 years, there have been many faithful women clergy to continue to pave the way with courageous leadership, including: Marjory Swank Matthews (the first female to be elected as bishop in 1980); Leontine Kelly (the first African American female to be elected as bishop, 1984); Charlene Kammerer (the first female bishop to be appointed to the WNC Conference, 1996); and so many others. 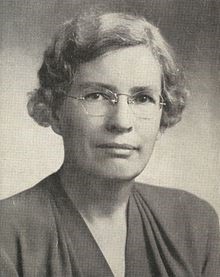 In honor of Georgia Harkness’ legacy and that of many other women theologians who have followed in her footsteps, the women of Garrett Evangelical Theological Seminary carry on a tradition at commencement of wearing red shoes, as a symbol of boldness and courage. In fact, Bishop Kammerer, herself a graduate of Garrett, was known to carry on this tradition during her leadership among us!

From a liturgical perspective, of course, the color red signifies the presence and the power of the Holy Spirit. We claim that same Holy Spirit power when any person, male or female, kneels before the bishop at ordination.

Many of you reading this remember as the bishop and other elders laid their hands upon your head and shoulders, praying over you, empowering by the Holy Spirit, and authorizing by the church for the life and work as a clergy person, with these words imparted by the bishop: “…Take authority as an elder to preach the Word of God, to administer the Holy Sacraments and to order the life of the Church, in the name of the Father, and of the Son, and of the Holy Spirit.”

A red stole was then draped over your shoulders, signifying the yoke of ministry that was being entrusted to you, clothing you with the power of the Holy Spirit. In the sixty years since granting the right for women’s ordination in the UMC, the church’s witness in the world has been enriched by the unique gifts, voices, experiences, and graces of women and men in ministry together. We clergy leaders and laity are serving in a time of great change in our world, in our denomination, and in our local churches.

As we celebrate how much has been accomplished in the last six decades, we move into the future and pray for the audacity of those who came before us to “put on our red coats,” and be those who proclaim prophetic insights in a time when it may be unwelcome.  As Georgia Harkness herself put it, “The perpetual danger which besets religion is that it may substitute gentility and aestheticism for prophetic insight and power.”

The Rev. Judy Davis is pastor of Jonesville First UMC and Ebenezer UMC.  She currently serves as chair of the Women in Ministry (WIM) Council of the WNC Conference. ___

[ii]  For more details of the proceedings of the 1956 General Conference proceedings, see: “The Debate That Changed the Church: 60 Years of Clergy Rights for Women” http://unitedmethodistreporter.com/2016/04/13/the-debate-that-changed-the-church-60-years-of-clergy-rights-for-women/ and “A Dramatic Recreation: The 1956 General Conference Debate on Full Clergy Rights for Women,  http://umc-gbcs.org/content/blog/Full_Clergy_Rights_for_Women_-_the_1956_Gen_Conf_Debate.pdf