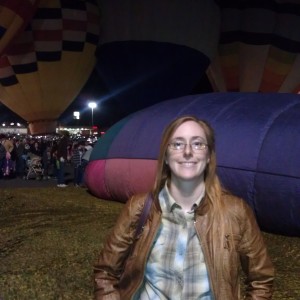 I am Cherokee from Southwestern Virginia, and my family taught me in the traditional ways of our people. We joined an Episcopal Church when I was a teenager, so my curiosity about Christianity began at about that time. However, we did not attend regularly, so I did not learn what it really meant to follow Christ. When I got to college, I was still curios about Christianity, so I joined InterVarsity Christian Fellowship as a student. However, I was told at the time that I could not continue to follow my Native American culture and be a Christian. That is about the same time I ran across the Triad Native American UMC at the Greensboro Powwow. When I discovered that other Native American people were Christians and still followed their culture as well, I began attending the church. Because of the influence of my new friends and elders at the church, I realized that I could follow Christ as a Native American and be proud of who I am, because that is who God made me to be.

When I graduated from college, I attended a mission convention called Urbana. It is held every three years by InterVarsity, and between 17,000 and 22,000 people attend. I attended all of the workshops on Native American ministry, because at the time I was helping with the youth at Triad. I realized after attending these workshops that there were many more Native American people like me who did not understand that they could also follow Christ as fully Native American people and that God loves them for who they are. During one of the Bible study sessions, the speaker focused on Isaiah 6. I felt I heard the call of God, “Who will go for us?” and in response I said “Here am I, send me!” After this conference I went on a trip to the Navajo Reservation with an organization called the SouthWest Campus Christian Fellowship (SWCCF), and when we finished with this trip, the director, Tony Begay, said that he was looking for staff to work with Native American college students. I moved there and worked in New Mexico at the SouthWestern Indian Polytechnic Institute and the University of New Mexico for seventeen years, first for SWCCF and then for InterVarsity for most of the remainder of my time there.

As I worked in the Native American community of New Mexico, I found that Native American student ministry is actually much more than just working with 18-22 year olds. Native American students are of all ages, and they would also bring their family members and children to our worship sessions. I learned how to lead different kinds of worship services, teach Bible studies, visit people in the hospital, and help people who were going through crisis or grieving. Although I was not licensed or ordained, the community treated me as if I were a pastor. I began to realize that God may be calling me to something more than college ministry. In 2008, I entered seminary at Fuller Theological Seminary part-time, and I became a certified candidate to become a deacon with the UMC in 2011. I was reluctant at first to admit that I had a calling to become a pastor, but after a church internship with Fuller in which I learned many of the aspects of being a UMC pastor, I began to admit to this call. The thing that truly spoke to me was the opportunity to help serve communion to God’s people. I realized then that I felt a stronger call to be a full pastor rather than a deacon. I applied to become a candidate for elder in 2014 and was immediately accepted in the transfer of pursuing vocation.

At about the same time I felt a call to come back home to North Carolina. This was not something I was originally expecting, but it became obvious to me that God was leading me somewhere else when the finances for ministry in New Mexico faded away. I applied to Duke Divinity School and accepted with a 75% scholarship, and then applied to be a student pastor and was awarded the remainder of 25% and the call to serve a church in rural North Carolina. Now that I am here serving as a pastor, it is even more obvious to me than before that my calling is to be a pastor. God is doing amazing things in our small church and community.