The Future In The Past 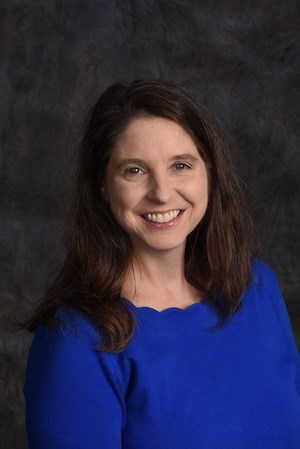 
A friend of mine recently said, “You Methodists do well at the ‘God so loved the world’ part but why do you have so much trouble with the ‘love one another part?’” It’s the elephant in the room, isn’t it?  We have a wonderful heritage, but our recent behaviors toward one another have become so obstructive, it’s difficult to see the future.

So when asked to “define and articulate a future vision of the church” I had to wrestle the elephant a bit and I decided to look back. Tertullian once made an observation on the love of Christians toward one another. He noted that in a pagan society, there was hatred toward others and a sense they would rather kill the one with whom they disagree. Yet the Christians? They loved each other and would, just like Jesus lay down their lives for each other.

Peter wrote in his first epistle that as believers who are obediently following the truth of Christ, we must sincerely and genuinely love one another deeply. And that’s what the believers in the early church did. Even when there was disagreement, they looked to the needs of each other because of the transformational love that had been given them through Jesus. Paul even defined what holy and transformational love looks like in 1 Corinthians 13. Among all the descriptive language of love including how love is patient and kind, there is verse 5 which says, love “does not dishonor others.”

When given an opportunity to demonstrate the kind of love that honors the other, even when there is disagreement, John Wesley lived up to the standard. He and George Whitefield sharply disagreed with one another over a theological debate. They even parted ways. But, they blessed one another and when Wesley preached Whitefield’s funeral, Wesley had nothing but love and admiration to share. He spoke not of the bitter disagreement nor did he take the opportunity to finally put Whitefield beneath him. Instead, Wesley spoke of Whitefield’s desire to connect people to Jesus, to see lives transformed by God’s grace and hearts filled with the Spirit. Wesley sincerely praised Whitefield for his generous ability to be a loving friend. These two men deeply and genuinely loved each other. Read all about it in Sermon 53, On the Death of the Rev. Mr. George Whitefield.

The future vision of the church I see resembles the past faithfulness of the saints. Beyond the disagreements and hurtful words, there is a place where we resemble those earlier Christians who were vessels of polishing the image of God on each other rather than kicking the dust upon each other. In this vision of the church, we applaud the gifts that each brings to the work of God’s kingdom so that the Gospel of Jesus Christ is proclaimed to the world. And in this vision, we are loving to one another, fruitful for the kingdom and the transformation of the world to the likeness of Jesus is a reality!