Being the Church in Divisive Political Times 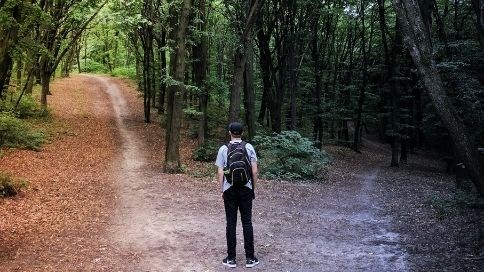 Many Christians today have confused the gospel of the kingdom with the politics of the nation-state and have embraced worldly political leaders as ultimate heralds of truth. One influential Christian voice, who until recently led the largest Christian university in the U.S., stated “there is nothing that the President could do that would cause him to lose his support.”

The word of God reminds us to restrain ourselves from idolizing worldly leaders. “Do not put your trust in princes, in human beings, who cannot save. When their spirit departs, they return to the ground; on that very day, their plans come to nothing” (Psalm 146:3-4).

Jesus’ first-century followers lived in prophetic tension with the politics of state. The book of Acts describes how some of the early church’s opponents in Thessalonica turned the church’s faithfulness to God into a political accusation: “These men who have caused trouble all over the world have now come here…. They are all defying Caesar’s decrees, saying that there is another king, one called Jesus” (Acts 17:6-7).

Jesus’ gospel is the good news about the arrival of God’s earthly reign. The four gospels mention this gospel of the “kingdom of God” or “kingdom of heaven” (the phrases are interchangeable) 126 times.

Jesus’ gospel makes no pretense of dying and going to a disembodied heaven somewhere beyond creation’s galaxies. Jesus announced the holistic restoration of heaven’s reign on earth. He saw his mission in the context of the Old Testament prophets’ social justice demands and the fulfillment of messianic prophecies. The prophet Amos decries institutional worship over God’s demand for justice:

“I hate, I despise your religious festivals; your assemblies are a stench to me. Even though you bring me burnt offerings and grain offerings, I will not accept them. Though you bring choice offerings, I will have no regard for them. Away with the noise of your songs! I will not listen to the music of your harps. But let justice roll on like a river, righteousness like a never-failing stream!” (Amos 5:21-24).

Kingdom justice is not up for partisan political debate. All who become part of Jesus’ movement will be working together in community to change oppressive systems that fail to honor the least and the lost.