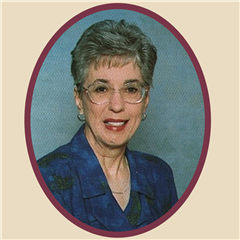 Dolores responded to God’s call to ministry as a second career, having worked previously for Crestline Furniture Co. Dr. Queen received her B.A. from Lenoir Rhyne in 1979, her M. Div from Duke Divinity School in 1984, and her D.D. from High Point University in 1994. Prior to seeking ordination in the United Methodist Church, she served under the Rev. June Greene as an Associate Pastor at First UMC, Lenoir from 1978-81. Ordained as a Deacon in 1983 and as an Elder in 1986, Dolores served Mt. Hebron-Centennial-Pisgah from 1983-87, Lawndale-Double Shoals from 1987-90, Salisbury District Superintendent from 1990-96, Aldersgate in Shelby from 1996-2001, and retired in 2001. She later served as pastor at Mount Hermon in Caldwell County 2002-03.

Rev. M. B. McCrary, the first woman to serve as a full clergy member in the Western NC Conference.

Means of Grace: How Do We Create the Beloved Community? We Listen. News Article

The 5 W's of Writing News Article