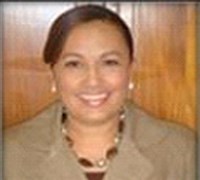 Diana Wingeier-Rayo is the first Hispanic/Latina woman to be received into full clergy membership in the WNC Conference. Born in Matagalpa, Nicaragua, she was ordained a Deacon in Cuba in 1996 and ordained an Elder in the WNC Conference in 2004. Diana was admitted as a Probationary Member of the Northern Illinois Conference in 1998 and into Full Connection in the Mexican Methodist Church in 2001, transferring her membership to the Western North Carolina Conference in 2003. Regarding her call to ministry, she states: “I began my journey toward ministry in 1992. I was a missionary with the General Board of Global Ministries in Cuba, serving The Methodist Church. At first, my intentions were to study for a master’s degree in pediatric nursing. I experienced my call when I saw the third generation of Cuban [children] who knew nothing about our Lord. They had no hope, only misconceptions about life and personal healing. I started to believe that I needed to share my faith with them. But my knowledge was limited. I enrolled in the Seminario Evangelico de Matanzas in Cuba to prepare myself for ministry. Three years later, in 1996, I was ordained a deacon in Cuba. In 1997 I returned to the United States to serve in the UMC. In 2000 I was invited by GBGM to go to Mexico for three years to serve in The Methodist Church there. Later, upon an invitation by the Western North Carolina Conference, I returned to the United States to serve in Monroe.” (Patricia J. Thompson, Courageous Past—Bold Future (Nashville:General Board of Higher Education and Ministry, 2006), 124.)

Presently the Rev. Wingeier-Rayo serves as pastor of Hughes UMC in the Baltimore-Washington Annual Conference.

The WNCC is now accepting nominations for The Harry Denman Evangelism Award for Clergy, Lay, and Youth News Article

Means of Grace: How Do We Create the Beloved Community? We Listen. News Article