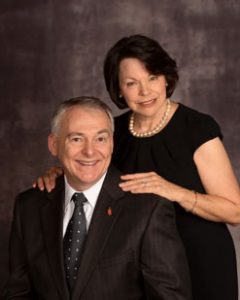 Bishop Paul Leeland, currently serving in the Alabama-West Florida Conference, has been assigned to the Western North Carolina Conference by the Southeastern Jurisdiction Committee on Episcopacy. Bishop Leeland, 67, is originally from North Carolina and a graduate of North Carolina Wesleyan, Duke Divinity School, and North Carolina State University. He was elected to the episcopacy in 2008, and was assigned to the Alabama-West Florida Conference. Leeland was ordained by Bishop Robert Blackburn in 1976. As a member of the North Carolina Conference, he served small, medium and large membership churches. He served as the District Superintendent of the Goldsboro District. He was then appointed Assistant to the Bishop and Director of Ministerial Relations serving under two bishops for a total eight years. Paul Leeland was elected as a delegate to Jurisdictional Conference beginning in 1988 and consecutive years through 2008. He was elected as a delegate to General Conference in 2000, 2004 and 2008. He has served general conference boards and agencies. In 2007, he was the recipient of the Red Shoe Award, presented by clergywomen of the North Carolina Annual Conference for "encouragement and support of women in ministry through advocacy, appointment, mentoring and friendship." In 1968, Janet Elaine Dowell and Paul Lee Leeland were married. They have three married children: Rebekah, Nora and Paul Andrew. They have six grandchildren. Leeland will begin his work in Western North Carolina on September 1. Below are links with more information are below: Official UMC webpage http://www.paulleeland.com/ Resume A more formal article will be available by the weekend.