Day 10- Random Reflections on My Experience at General Conference

by Kim Ingram I fear that the reports from this General Conference will be the same as what we heard after 2012: “We didn’t get anything done.”  However, we were told this afternoon that about 400 petitions have been approved. I participated in the Higher Education and Ministry and Superintendency legislative committee.  We began our work with 243 petitions.  We divided into 5 subcommittees and the work was distributed among those committees.  These small groups engaged in deep discussion and made recommendations to the full committee.  The full committee acted on as much legislation as we had time.  These small groups allowed for participants to get to know each other and to share intimately at times. 72 of these items have been approved as of this afternoon.  We made collegiate ministry a priority, expanded options for Course of Study, encouraged translation and cultural accommodations be made for candidates, approved group mentoring for local pastors and much more. 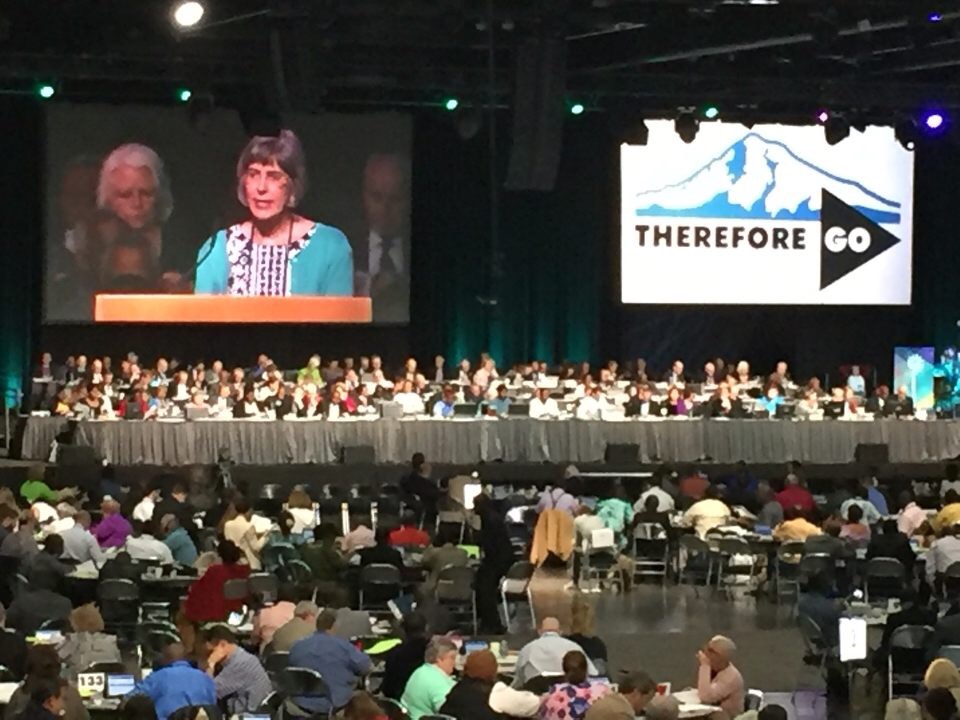 Much has been said about the contention, hurt, pain, anger, and ugliness that has been experienced at General Conference.  And, there has been some of that.  But, it’s not the whole story. Here is what my new friend, Alice Williams, from Florida wrote to me about her experience in sub-committee discussion about the allowance of clergy to marry two gay persons:

If we need a model of what holy conferencing looks like, it is what took place in sub-committee during this discussion.  The sub-committee represented the diversity of our denomination in both demographics and beliefs.  The conversation was genuine, Spirit-led, respectful and enabled all present to be heard.  There were impactful stories of what it means to be in ministry regarding this issue, as well as reminders of severe cultural implications.  Several of the sub-committee have commented that this conversation was one of those defining moments that they will long-remember.

The best part of General Conference for me has been hearing the stories, celebrating ministries, and renewing and making friendships. There have been many reports about ministries churches are doing in their communities, around the world. We have heard story upon story about ways the Church is feeding the hungry, providing safe access to clean water, marching for peace in Korea, and even transforming a church building into a rock climbing venue where community is experienced. Today there was discussion on the floor about whether “transforming the world” is part of our mission as a church and our work as disciples.  I was amazed that we were having the conversation.  “Thy kingdom come, Thy will be done, on earth as it is in heaven.” I made a new friend, Rev. Dr. Sergei Nikolaev. He was the vice chair on the legislative committee that I chaired.  As subcommittees worked, we had a lot of time to chat.  He is the President of the Moscow Theological Seminary, a UM seminary in Russia. He is Russian but has lived significant time in the United States.  His wife is American. He introduced me to the idea of “third culture,” what it is like not to feel you have a cultural home.  He recommended the book Third Culture Kids: Growing Up Among Worlds by David C. Pollock and Ruth E. VanReken.  I imagine this is an idea that can be helpful in our ministry as North Carolina becomes more diverse and we minister with second and third generation Americans. My roomie, Jennifer Davis, and I had a chance to share cards and meal coupons with two men we passed on the way back to our room. They were holding a sign indicating they were hungry. GC4JC (General Conference for Jesus Christ), headed up by two of our own – Laura Beach and Kevin Miller – gave the opportunity to show love in tangible ways. 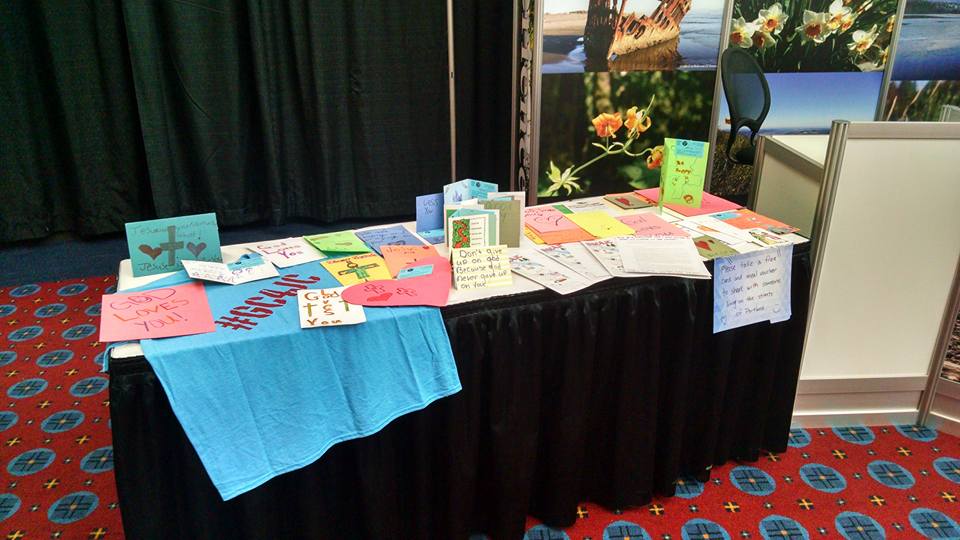 The youth and children at the church where I worship – First UMC in Belmont – made bird seed ornaments to feed the birds and dog treats to feed the dogs and sold them to make money to purchase GC4JC meal coupons at $2.00 each.  They raised $272 through the sale.  They made 76 cards to be distributed by delegates and visitors along with the meal coupons.  What an exciting way for children and youth all around the country to be involved in ministry during General Conference in Portland. Learn more on their Facebook page. All of this said, I am proud to be a United Methodist. We are a people of hope.  We are a people of love.  We are a people of mercy. While negativity seems to prevail this week, there is much for which to be thankful, positive, and hope-full. At the end of each day, we still raise our voices in song together.  I’m not naïve.  We have a lot of work to do.  There’s a lot I don’t understand.  There’s a lot I want to change.  And, if we keep telling the stories and sharing God’s love, I am confident the world will be transformed. Kim Ingram is the WNC Conference Secretary and a clergy delegate
Loading...