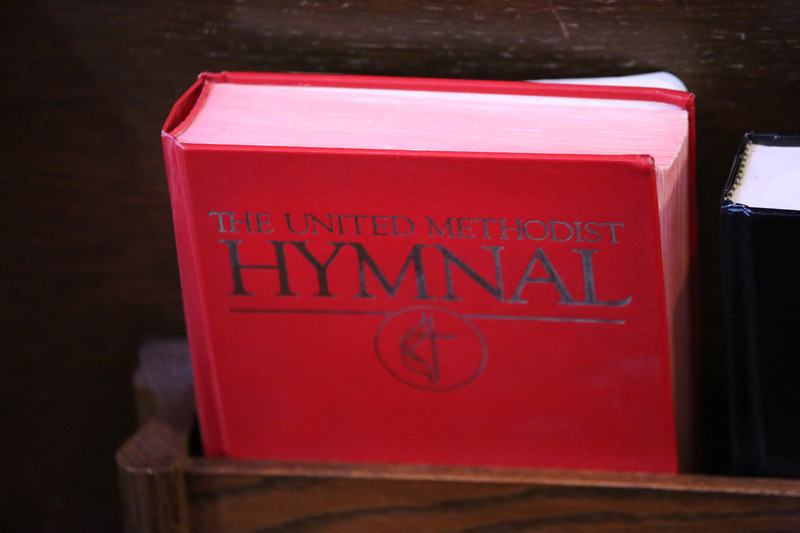 NASHVILLE, Tenn. Dec. 15, 2016 /Discipleship Ministries/ – United Methodists are being asked to name their favorite and least favorite hymns as part of the initial research conducted by Discipleship Ministries and a diverse committee to revise The United Methodist Hymnal after almost three decades. The first of several online surveys is under way to support the development of the new hymnal, which will be a hybrid print/electronic resource for use in multiple contexts. “We are a singing church, and this survey will help us launch an important new hymnal for our denomination,” said the Rev. Junius B. Dotson, General Secretary (CEO) of Discipleship Ministries, which shares responsibility for the denomination’s hymnal with The United Methodist Publishing House. The survey, “Favorite and Least Favorite Hymns,” is available online through Jan. 9 at http://sgiz.mobi/s3/Favorite-Hymns-2016 and seeks responses for all United Methodists. The initial survey will be followed by other general surveys about hymn and worship resource preferences and use and about worship styles and perspectives on congregational music, said Naomi Hope Annandale, director of research and strategic evaluation at Discipleship Ministries, who is directing the hymnal research. Pastors and music and worship leaders will be targeted in another survey, Annandale said. In addition, to get a more in-depth understanding of UM feelings about congregational music and worship, interviews and focus groups will be conducted, and reflections will be solicited from various interest and identity groups. The hymnal project is being led at Discipleship Ministries by a worship team composed of team leader Jackson Henry, director of music ministries, Dawn Chesser, director of preaching ministries, and Taylor Burton-Edwards, director of worship resources. A 15-member Hymnal Revision Committee is being organized to prepare songs and ritual resources for the new hymnal, which will be for primary use in the United States. “The committee members will come from diverse settings – churches and schools, clergy and lay – and will be representative of many cultural and age groups,” Henry said. “These folks will spearhead this project and move it forward.” The 2016 General Conference authorized the preparation of a limited core and substantial supplemental canon of songs and ritual resources to be made available in multiple media and presented for approval at the next General Conference. New technologies will allow the proposed new hymnal to be more contextual in people’s ministry, Henry said. “Previous hymnal projects created resources that embraced the nature of the whole church,” Henry said. “We are beginning to see that so many churches are different from one another, and the hymnal needs to be able to be contextual to places in ministry and worship in a way that unifies us, while still allowing churches to be who they are in their own contexts.” The traditional songs and ritual resources of the Wesleyan tradition will be the unifying element that forms the core of the printed hymnal, Henry said. But with new on-demand printing methods, churches also will be able to choose additional hymns that are contextual to their ministry settings to include in their bound book. In addition to the printed edition, the official hymnal will include an online component that will contain both the hymnal’s core and supplemental resources. The digital version will allow churches to access an ever-growing collection of resources. The General Conference also directed that a standing Hymnal Advisory Committee be appointed to evaluate and recommend additional song and ritual resources for future inclusion in both the core and supplemental canons. Before any new materials are included in the official hymnal or worship resources of the church, they must be approved by the General Conference. “To create a resource that can truly serve the incredible variety of people, cultural groups and contexts that our denomination serves, even within the United States, we need to hear from representatives of as many of those contexts as we possibly can,” said Chesser. “We need to know what kinds of resources they actually use in worship, not just songs but liturgical resources, prayers and litanies. What are people actually singing? What style of music? What kind of instruments do they have available and feel comfortable using to lead worship? What languages are we singing in as a denomination? We need to know more than what we know just from must looking at our own particular places of worship or the places that we most frequent.” The United Methodist Hymnal (1989) is available only in the closed format of a printed book with electronic versions. “The new hymnal will lift up the worship life across the denomination by exposing congregations to a much wider range of music from different genres and language groups that are more representative of who we have become in the last 30 years,” Chesser said. “We also will have the ability to constantly expose congregations to new music that is being written and used in worshipping congregations within the denomination.”