Why the Wesleys, and Others, Came to Be Called Methodists 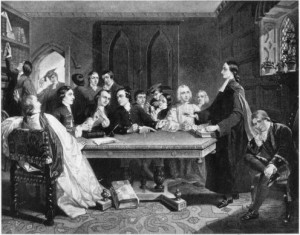 It all began around 1728 with a few men at Oxford University, where Charles was finishing his studies. Charles Wesley had not always been very good at focusing on his studies or his faith. His first year at school was full of diversions like playing cards and enjoying music, theater and dancing. Nevertheless, by his final year, he was ready to devote himself to a more focused method of engaging study and faith.

Charles knew he could not do this on his own. He gathered with others in a small group, a practice common at Oxford in those days.

Originally, the group discussed classical literature, but they eventually moved onto spiritual materials. According to Dale Patterson of the United Methodist Archives and History agency, they would read classical literature during the week but on weekends, especially Sundays, read works about divinity or theology as we call it today.

Even with these conversations, Charles continued to feel like he was struggling. He reached out to his brother John for assistance.

"There is no one person I would so willingly have to be the instrument of good to me as you," Charles wrote in a letter to John. "It is owing, in great measure, to somebody's prayers (my mother's most likely) that I am come to think as I do; for I cannot tell myself how or why I awoke out of my lethargy, only that it was not long after you went away."

John had been away for a time helping at his father's parish since he had already graduated and was ordained. When he returned to Oxford, where he was also a fellow, he soon assumed leadership of the group and brought to it his organization skills and some initial instruction.

Others started noticing the group. Some called them "Sacramentarians," that is they sought the sacrament of communion frequently. The Wesleys thought it good to have communion at least weekly, though the common thought was monthly was satisfactory.

This was one of the first items to grow out of their meetings. They had to search out communion since no single Protestant congregation offered it every week.