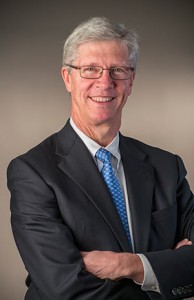 Members of the 2016 Western North Carolina Conference delegation to General and Jurisdictional Conference met on Saturday, February 6, and endorsed the Rev. Dr. James Howell as their episcopal nominee. He will be considered as an official candidate for bishop at the 2016 Southeastern Jurisdictional Conference scheduled for July 13-16, 2016 at Lake Junaluska, N.C. The Rev. Amy Coles, who had initially been endorsed in the fall, withdrew her name from consideration.  She explained, “After much prayer, I made the difficult choice to withdraw as an episcopal nominee for 2016 because of some unexpected family needs at this time.  It’s not a decision that I ever expected to make, but one that I believe is the most faithful, for me, for now. “ Howell has been the pastor of Myers Park United Methodist Church in Charlotte, N.C. since 2003. Coles expanded further on his endorsement, “I am thankful that our WNCC delegation chose to engage in further discernment following my decision. James is a strong and visionary leader within our conference and throughout the denomination.    Along with a deep passion for the church, he has the gifts and grace needed for the office of the episcopacy.” Prior to Myers Park, he served twelve years at Davidson UMC in Davidson, N.C., five years at Plaza UMC in Charlotte and five years at Wesley Chapel UMC in Misenheimer, N.C. He completed his Bachelor of Arts from the University of South Carolina in 1976, his Masters of Divinity from Duke Divinity School in 1979, and his Ph.D. in Old Testament from Duke University in 1984. He is currently an adjunct professor of preaching at Duke Divinity School. He was ordained a deacon in the Western North Carolina Conference in 1980, and ordained an elder in 1983. His service within the conference and denomination includes being elected as a General Conference delegate for the past three quadrennia, and as a Southeastern Jurisdictional Conference delegate since 1996.  He has served as a member of the General Board of Church and Society since 2008, and has served as a representative of Methodism in the Methodist/Episcopal Dialogue on Full Communion in 2015, and a representative in the Catholic/Methodist Dialogue on Justification (2009-2012). He is currently a member of the Board of Ordained Ministry for the Western North Carolina Conference, and has been a leader in the conference and in his local community in a variety of roles. The Rev. Kim Ingram, the Conference Secretary and member of the delegation added, “The WNCC delegation overwhelmingly endorsed James Howell as a candidate for the episcopacy at the delegation meeting on Saturday.  James has provided visionary leadership in the churches where he has served and they have experienced significant growth under his leadership. James has a passion for connecting the church with the community and for nurturing leadership. We look forward to introducing James throughout the jurisdiction and I support his endorsement enthusiastically.” In his last two appointments he has seen tremendous growth in membership with a 40% increase at Myers Park UMC since 2003, and at Davidson UMC they grew from 400 members to 3200 over 12 years. Howell is a prolific author with over 20 books published and numerous articles in journals and newspapers.  He has been a mentor to more than two dozen college students that have gone on to seminary under his guidance. Jennifer Davis, the leader of the delegation remarked, “James has been a great gift to the local church and to the Western North Carolina Conference.  I have found him to be deeply passionate about the church and God’s people, gifts which personally, I appreciate.” He is married to Lisa Stockton, a community activist working for educational equity. They have three adult children, Sarah, a United Methodist pastor, Grace, and Noah.