Hope for Peace from a Veteran’s Perspective 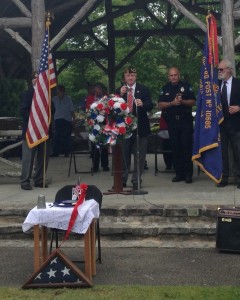 To be perfectly honest, I joined the Air Force after a year of college because I was unsure of my direction in life, because it was a chance for adventure, and because many of my friends were joining the military.

What the military taught me was honor, integrity, and a deep and abiding love for my country.  I stayed in the military for 20 years to aid in the protection and defense of our nation and to contribute to a more peaceable way of life.

At the age of 24 I was sent to Vietnam and returned home to a less than welcoming reception.  A short while later in my military career I was surprised to encounter hate and discrimination in 1960’s Alabama when a group of us, traveling as an Air Force fast pitch softball team, stopped at a bowling alley for lunch only to be met by a waitress who stated, with arms crossed in front of her, that “The law says I have to serve you (pointing to our black teammates), “but I don’t have to serve you white boys a *** thing”.

Needless to say we quietly boarded the bus and rode on. From Vietnam to Alabama hate is prevalent everywhere, and peace seems quite unattainable whether in our backyard or across the oceans.  There will always be people who hate and those who hunger for power.  To overcome this, there must always be those who work towards a world of peace and love.

If all would learn how to better respond to Christ’s second greatest commandment of loving our neighbor as ourselves we might attain a higher level of peace.  I am drawn to a prayer by Saint Francis of Assisi, part of which says “And may God bless us with the foolishness to think that we can make a difference in our world, so that we will do the things which others say cannot be done”.

I am grateful for the peacemaking teams sent by our military to try to resolve conflicts through means other than war.  I am grateful for many other peacekeeping organizations to explore ways to end war and conflict peaceably. I am a simple man with no great theological knowledge, but I do know Satan is constantly at work pitting us against each other robbing us of the peace God so wants us to have.

If we, as a Nation, ever laid down our arms, I shudder to think what the outcome would be.  We must continue to resolve conflicts through every peaceable means at our disposal, and to find common ground with those who would do us harm.

However, when that fails we have no choice but to bear arms against our aggressors.  In both battles fought and peacemaking actions, we must always look to God for guidance and wisdom, to know that “God is our refuge and strength, always ready to help in times of trouble” (Psalms 46:1).

The words of the past National Chaplain for the American Legion (the largest veteran’s organization), Cpt. T. Randy Cash, USN Ret., resonate with me.  He said “some might say the Legion’s founding principle of Service to God and Country is a conflict of interests, supporting both peace and war.

After all, isn’t faith and religion about peace and studying war no more?  “Love your enemies, do good to those who hate you”, “If anyone strikes you on the cheek, offer the other also.”  Not exactly the words of a fighter.  But, of course, we all know there is a little more to it than that.

God created us for lives of peace, but we live in a dangerous and often destructive world, and so we depend on the strength of the military to resist evil and create the conditions where justice and peace can thrive.  Our world needs both prophets of peace and responsible warriors”. As a veteran I look forward to the day when Christ comes in final victory, when “The Lord will mediate between nations and will settle international disputes.  They will hammer their swords into plowshares and their spears into pruning hooks.  Nation will no longer fight against nation, nor train for war anymore (Isaiah 2:4).

Until that time comes, please pray for our troops on land, on sea, and in the air.  Above all pray that the peace of God will prevail.

Ed Jones is a retired Technical Sergeant with the US Air Force. His wife, Sue Jones, contributed to this article. Both are active members of Cashiers United Methodist Church.