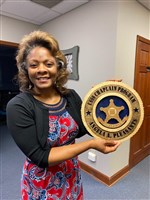 
I was in conversation with a young black man who was remembering the day his father had the “talk” with him. It is not the talk that one would think a father would have with his son. The conversation was different. It was, “Son, this is how you are to conduct yourself when stopped by a police officer.”

Yes, many of our young black men and some women receive this same talk from their parents and grandparents. In recent years it is more openly discussed, and some of our white brothers and sisters are surprised that we have this talk at all. Many never knew it occurred in most black homes.

In some ethnic communities, they feel the police serve white communities while policing the black communities. The concerns and lack of trust have been prevalent for many years, but in recent years have been brought to light through news media. How can we build trusting relationships with law enforcement and our ethnic communities?

In 2002, The Rev. Angela A. Pleasants served Central United Methodist Church in Eastern Charlotte. This local congregation worked closely with the elementary school in the area. Most of the children lived in poverty and gang activity was increasing. After prayer and discernment, Rev. Pleasants began meeting with the Hickory Grove Division of Charlotte Mecklenburg Police Department along with some of the church leaders. The focus was on the needs of the children in the community around the church. As a result of this collaboration, Charlotte East Coalition for Action was born. Rev. Pleasants founded and served as chairperson as the congregation became activists for protecting the children against gang activity. The Charlotte Mecklenburg Police Department awarded Rev. Pleasants with a citizen of the year award but she says “much of the thanks go to Central United Methodist Church for working hard to ensure the safety of the neighborhood children.”

As she worked alongside law enforcement, Rev. Pleasants began to grow in her appreciation for their dedication to all the communities they serve. She became the citizen mouthpiece for their tireless commitment.

Later, she moved to Mount Holly, North Carolina, but continued to work alongside law enforcement. Rev. Pleasants states that “it was during this time we began seeing and hearing the tragic stories of individuals, particularly in black communities, being killed by police officers. As a result of the stories, we tended to have a negative view of all law enforcement. However, working alongside officers, I was reminded that the actions of a few should not influence our opinion of law enforcement as a whole. I am privileged to serve men and women who have compassion and hope for the communities they serve.”

Shortly after the Ferguson incident, Rev. Pleasants was asked by Chief Don Roper to co-write a chaplain policy for the Mount Holly Police Department and serve as their volunteer police chaplain. A year later, she joined the national professional organization, The International Conference of Police Chaplains, where she received training in Critical Incident Stress Management, Terrorism and its Psychological Effects, Trauma, and Suicide in Law Enforcement, and Crisis Chaplaincy.

Her volunteer ministry with law enforcement is incorporated with her work as a District Superintendent. She states that “it has served as a bridge-builder to our ethnic communities. Currently, in our district, we are working with Tru Pettigrew and Chief (ret) Anthony Godwin, from Cary, North Carolina. Tru Pettigrew said, “Do not let your only source of information about people that do not look like you, to only come from people that look like you.”

To build trust, we must learn to understand someone’s context and perspective. When we make up our mind about someone before knowing them, we seek to prove we are right. When we live by this, we build up images based on our “perceived” reality rather than the person’s actual reality. 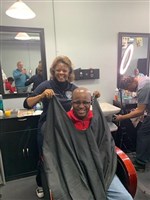 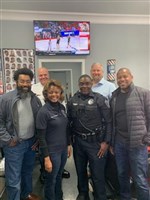 The only way we can know a person’s reality is to listen without bringing ones’ own bias and judgment into the conversation. Therefore, throughout the Catawba district, barbershop rap sessions are being formed with churches, local barbershops and the community. Barbershop rap sessions are meetings in local black barbershops with law enforcement where facilitated conversations are held to help resolve conflict, reconcile relationships, restore, and build trust. The first session was held Saturday, February 29, 2020. 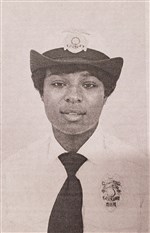 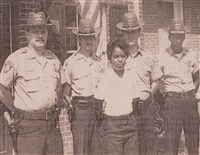 For 17 years, Rev. Coates served as Administrative Hearing Judge for the 18th Judicial District of the State of North Carolina before answering the call to full-time ministry.  In 1997, Rev. Coates became the first black female pastor at Zion Hill UMC (High Point) and rebuilt the church at Peace UMC (Summerfield). (Read more about Rev. Coates' move to ministry in the Greensboro News & Record.) 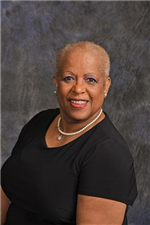 In 2017, Rev. Dr. Arnetta Beverly came out of retirement to serve as the pastor of St. Stephen UMC (Lexington), her childhood church. In doing so, she became St. Stephen’s first female pastor. This history-making move was not Rev. Beverly’s first. By 2017, she was used to making history.