The Legacy of Royce Reynolds 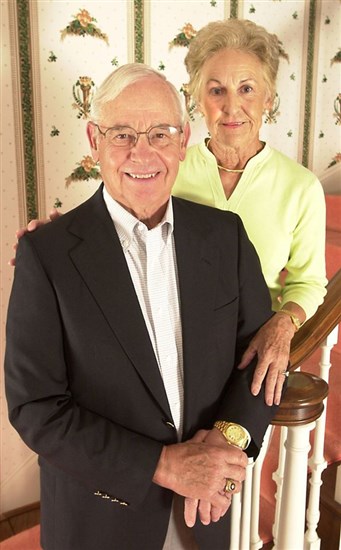 Many years ago, long before he made his fortune selling cars and his mark serving Christ, Royce Reynolds vowed, “I am not going to lead an average life.” Consider it a promise kept and a mission accomplished.

Royce Reynolds of Greensboro was bold, determined, a tad impatient and immensely generous. He harnessed those qualities to nurture leaders of The United Methodist Church, challenging them to answer the call set forth in Matthew 28:19: “Go therefore and make disciples of all nations.” And when the work was done, he’d treat those pastors to a nice meal because everyone knows preachers don’t make much money.

All who benefited from Royce’s faith and passion mourn his passing on May 6 at age 88. We do so with gratitude for a man who gave his heart, soul and wealth to the work of the Lord.


Jane Reynolds was married to Royce for 66 years. They had two children and three grandchildren, attended West Market Street United Methodist in Greensboro and supported a number of ministries around town. If anyone can explain why this farmer’s son from Tennessee devoted himself so completely to The United Methodist Church, it’s the woman with whom he shared his life and ministry. “All these programs, we felt like that was a legacy he could leave for the church,” Jane says. Given the story we’re about to share, this makes perfect sense. Royce and Jane met at a Methodist Youth Fellowship gathering at church.

If you were blessed to have known Royce, you know the story. Raised on a farm in the Flat Creek community south of Nashville during the Great Depression, he dreamed of something bigger. Committed to Christ from an early age, he took to heart his mother’s rally cry from Philippians – “You can do all things through Christ.” The journey was under way. To earn money during college, he sold Bibles door to door. He looked for yards with swing sets, figuring he’d have more luck selling God’s word to families. He traded books for cars and went to work for a dealership in Birmingham, Ala. Then he gained partial ownership of the dealership. Then he purchased a Pontiac dealership in Greensboro. The rest is automobile dealership history: During 30 years in the business, his company grew to include nearly a dozen dealerships.

Charlotte’s Bill Musgrave, also an automotive executive and ardent Methodist, considers Royce one of his heroes. The traits that made him a success in the car business, Bill says, made him a success in church work – Royce’s energy and decisiveness (how he loathed bureaucracy!) and the way he held people accountable. Bill and Wanda Musgrave used to take some wonderful business-incentive trips with Royce and Jane Reynolds. Bill would go down to the hotel lobby in the morning to check out and there was Royce, already taking care of business.

“He didn’t let any grass grow under his feet,” Bill says.

“I think Royce and Jane are the most generous people I’ve ever known,” Wanda says. “Not just with their money but with their spirit.”

The Reynolds’ involvement in leadership development and grants goes back 25 years. Royce and Jane now fund three leadership development programs for pastors and other church leaders through the United Methodist Foundation of Western North Carolina. The programs focus on participants learning from each other, and discovering best practices from churches that are flourishing. A grants program also provides seed money to United Methodist churches and nonprofits launching special projects like a new program or outreach to young people. Visit www.umfwnc.org to learn more about all things Reynolds-related. All together, Reynolds Ministries devotes $1 million a year to the cause. Royce explained the mission in his own obituary that he helped write: “We have one purpose – to make disciples for Christ… What I want to do is shake you out of your lethargy and apathy and disturb the status quo.”

That translates not just into financial support but Royce pushing the envelope, challenging pastors with lessons learned from the car business. It’s about measuring success, cutting through the bureaucracy, being bold, selling the Gospel with the fervor of a salesman selling his wares. As Caroline Cox, director of Reynolds Ministries and Programs, puts it, “You knew when Royce was in the room.” To fully appreciate what Royce Reynolds has done for The United Methodist Church, hear the voices of those whose status quo he disturbed… 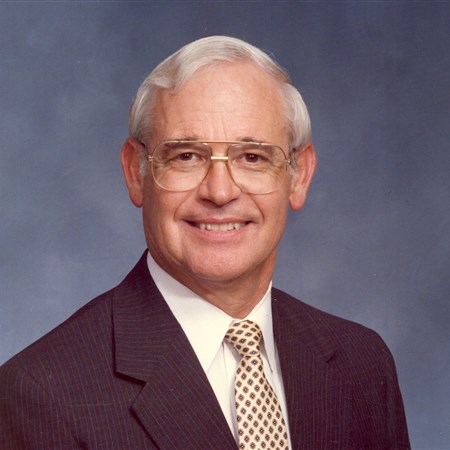 When Wanda Carpenter served as Associate Director of Reynolds Ministries, she helped coordinate the Reynolds grants program for the Foundation. A grant helped buy study materials for a new Bible study through Faith United Methodist, an African American congregation in Mooresville. Thirty or so people turned each week. Some were unchurched. Some were from other denominations. All were eager to learn God’s word. Consider the Reynolds mission accomplished. “Royce and Jane met people where they are, no matter who they are,” Wanda says. “When I think of them, I think of generosity.”

When Rev. Chris Westmoreland served Assurance United Methodist Church in Huntersville, the congregation received a $25,000 Reynolds grant to purchase equipment to start a modern worship service. It’s now the best-attended service at the church. Assurance also received $10,000 to buy snacks, supplies and provide transportation for an after-school program. Chris is now at Long’s Chapel United Methodist Church in Waynesville, which also received a $10,000 Reynolds grant for an after-school program. Chris attended the Reynolds Program in Church Leadership and helps steer the Reynolds Leadership Academy for Evangelism and Discipleship. The academy is a two- to four-year program for senior pastors that’s big on mentoring.

“The Reynolds family has touched every aspect of ministry I’ve been involved in in the last 15 years, my gracious,” Chris says. He knows what drove Royce. “He wanted everybody to experience the love of God the way he did.”

Rev. Toni Ruth Smith of Harrisburg United Methodist Church says she’s a better pastor because of Royce Reynolds: Bolder, quicker to answer the question every church leader should ask herself: “What’s your next step, Toni Ruth?”

Toni Ruth, who co-pastors the church with her husband, Wesley, attended the leadership academy for four years. She built relationships with the other pastors. Together they traveled around the country to see how other churches are winning souls for Christ. Thus inspired, she and Wesley are helping their congregation tackle a series of building additions aimed at making the church a more powerful part of the community – more accessible, open and welcoming.

“The academy taught me to get off the dime,” she says. “Leadership is taking the risk, that God brought you there for a reason. We are a fundamentally different congregation because of Royce Reynolds.”