Spirituality and Conflict from Luke 12

The text from this week is one that is not afraid of conflict. In fact, the Jesus of this text — Luke 12:49–56 — includes conflict as a possible consequence of faithfulness. It may not feel like a comforting reading. But there are strange consolations to be found in it, especially for anyone whose choice to witness involves complicated conversations.

Before going on, it’s a useful thing — as always — to reflect on your own general feelings about conflict. Obviously each circumstance differs, but it’s worthwhile doing a broad brush–strokes reflection: when it comes to conflict, do you easily embrace it? Or do you tend to avoid it? Are you at ease in times when your wishes and those of another differ? When such differences occur, do you seek to assert your point of view? Or do you tend to seek compromises, or middle–ground? Or do you tend to acquiesce?

Additionally, what are the feelings that accompany your general responses to situations of conflict? Does it cause hope in you, the hope of the electricity of co– creating and collaborating? Or does it cause anxiety?

“I came to bring fire to the earth, and how I wish it were already kindled! I have a baptism with which to be baptized, and what stress I am under until it is completed! Do you think that I have come to bring peace to the earth? No, I tell you, but rather division! From now on five in one household will be divided, three against two and two against three; they will be divided:
father against son
and son against father,
mother against daughter
and daughter against mother,
mother–in–law against her daughter–in–law
and daughter–in–law against mother–in–law.”

In a broad sense, conflict can be assessed along the axes of cooperation and competition: do you assent or assert? Everyone has multiple modes, and these are dependent on personality, circumstance, society, time and power.

For instance, a naturally assertive person may find themselves acquiescing to a boss who has demonstrated that they have a tendency to fire people who stand up to them. Or, a naturally accommodating person may stress their point in a situation of conflict where justice needs to be served.

Jesus of Nazareth is consistently shown as a character who is unafraid of conflict. It isn’t necessarily that he pursues it, it’s more that he often does not shy away from it. This week’s text — often misunderstood to imply that followers of the gospel should seek out conflict; it doesn’t say that — is an indication of how he attempted to share some of these dispositions with his disciples.

It’s an interesting elemental text: fire, water and wind are mentioned. The words given to Jesus by Luke are ones that speak of origin: “I came to bring…” The broader personality of Jesus is being laid out by the priorities established by his divine purpose. He speaks of fire — not of destruction, but of initiation: “I have a baptism with which to be… “ Then he speaks about divisions within family units before then urging his followers to see the signs of the times the same way they would read the weather systems approaching them.

In a sense, this text can be understood as a coaching session to reluctant disciples, a coaching session urging them not to be afraid of tensions within their close–knit units. To have an opinion is to care deeply for something, and this opinion may cause tensions between you and those with whom you disagree. Tension — another way of saying conflict — is not a terror. It is also not the end of the world. It invites a person to ask themselves “do I really believe this? what happens when those I love think differently?”

If your only operational factor is keeping the peace, maintaining the appearance of a lack of tension within a close–knit unit, then this text is for you. It provokes. It upsets. It cajoles. It asks “What do you stand for if you’ll change your mind just so as to keep the facade of peace?” Given that the early Christians — the members of The Way — were constantly in tension with each other about questions to do with gentile inclusion in a Judaic–informed religious movement; circumcision; the crisis of death; the questions about money; the questions about loyalty to political powers, the inclusion of this text is one of deep vitality.

Conflict is not an end in itself; this is important to remember, especially for those who are naturally at ease in conflict. Most congregations and communities have some people who find it easy to use a time of conflict to assert what they want, perhaps because of a natural disposition to enjoy conflict (or at least not be frightened by it), but also often aided by societal factors: depending as to where you live, your age, race, gender, economic or educational status can make assertion more likely to be accepted (whatever its merits). So it is important to remember that conflict is not an end in itself, and this brings us back to the opening words of Luke’s text: “I came to… “ Luke has Jesus say “… to bring fire on the earth” and to link that fire with baptism. What is the aim in any situation of conflict? If it is simply to win then it is likely to eventually be fruitless. Conflict must seek some other purpose than its own propagation, or its own victory. It must be in the service of creation: of a just society, of a more hopeful present, of a more flourishing world, of a safer environment, of a more sustainable world, of a richer communion.


Peter Coleman’s latest book The Way Out is a helpful primer on contemporary toxic polarities, including ways to analyse them, and potential ways out, based on scientific data on what works. It is not afraid of conflict, but it is a book that recognises that conflict must point to a greater purpose in order to be fruitful.

You can find out more about the book (as well as read the first chapter for free — useful in and of itself) here: https://www.thewayoutofpolarization.com/about-thebook Click here to find the original article in a downloadable PDF from the Spirituality of Conflict website. 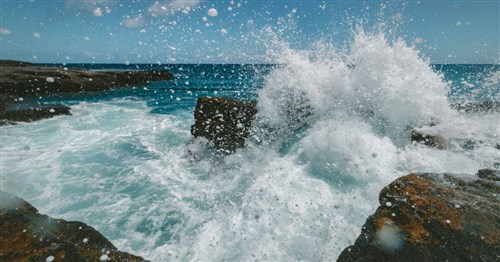