Means of Grace: A Future with Hope - A Conversation with the WNC Delegation 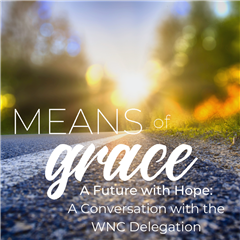 A Future with Hope: A Conversation with the WNC Delegation - Episode No. 85

In this episode, members of the WNC Delegation to the General and Jurisdictional Conferences give an update about where the conferences currently stand and the decisions that are waiting from the Judicial Council. They share about the work of the delegation that was elected by the Annual Conference in 2019. In addition, they offer their hopes and dreams for the future of the United Methodist Church and specifically for churches and members in Western North Carolina.