Lake Junaluska to invest over $400,000 in youth and young adult facilities

Rev. Mitzi Johnson, director of programming at Lake Junaluska, said she is excited to see the transformation of the buildings and the effect it will have on the thousands of youth who stay at Lake Junaluska each year.

“I'm thrilled by this resounding affirmation that Lake Junaluska cares deeply about youth and their spiritual growth,” said Johnson. “We're thankful that God has called us to nurture young people, strengthen their relationships with adult mentors and one other, and provide them space to gain confidence in navigating our increasingly complex world that they will one day lead.” 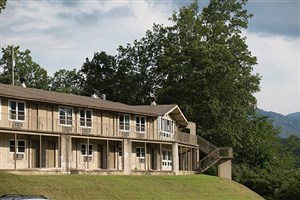 The first round of upgrades will begin this spring and summer in each room of Mountainview and the Lake Junaluska Apartments—the two lodging buildings most often used for youth. Initial improvements include all new beds, mattresses, bedding and lamps, with additional fresh touches through the end of the year.  Lake Junaluska will plan additional renovations at a later date.

Johnson said the desire is to work steadily to bring Lake Junaluska's youth lodging offerings up to the quality level of the youth programming, so that the youngest guests experience excellence across the board.

“My hope is that others will sense the Spirit's leading in this area and will also contribute their gifts and talents to helping us provide youth spiritually transformative experiences,” Johnson said.

“Young people are an integral part of the ministry at Lake Junaluska,” said Bob Bowling, president of the Lake Junaluska Associates. The associates provide volunteers, financial support and promotion of the programs and facilities at Lake Junaluska. “Not only are young people the future of the church, but they are the church right now, and we need to cultivate that.”

The improvements are part of more than $5 million that is being invested into renovations and improvements across Lake Junaluska facilities in 2018.

June 24-27: Charlie Conder with The Advice