My life is heavily invested in the United Methodist Church.  I was baptized as a Methodist baby, discipled as a Methodist youth, and ordained as a Methodist clergy.  Like many others, I am waiting and watching and praying for my denomination.  The Commission on a Way Forward is meeting and making proposals to the Council of Bishops.  In 2019 a special General Conference will take place.  What will happen?  What will be decided?

How can I not worry about tomorrow when tomorrow is uncharted new territory?

By ditching my canoe, that’s how.

That’s what Tod Bolsinger recommends.  He compares today’s Christian leadership to the Lewis and Clark expedition.  Those infamous explorers of the American west set out to find a water route to the Pacific.  What they discovered instead were mountains – and not the green, rolling Appalachian kind.  They faced the glorious but terrifying Rockies.

At that moment, Lewis and Clark realized that they couldn’t boat their way to the West Coast.  They had to abandon their canoes along with their original plan and find a new way.

Bolsinger says we’re at a similar point for church leadership – not just Methodists, but all of us.  We must recognize the new terrain we’re facing, hold on to what’s important, let go of what is now unnecessary, and embrace a new adventure.

Which actually does make me worry less, because I’ve done that plenty of times. 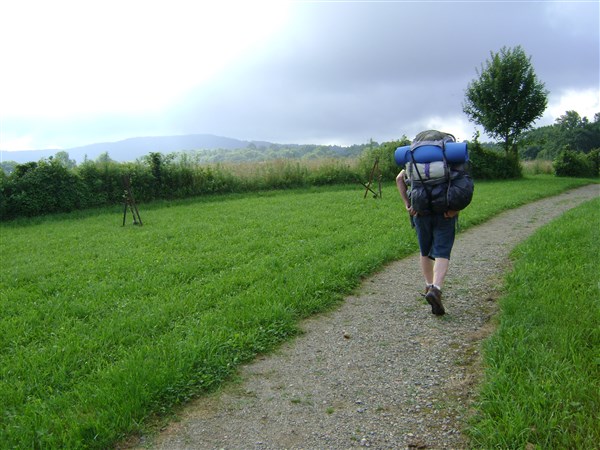 I’m a backpacker.  The vast majority of my experience comes through Wilderness Trail, where I’ve spent many weeks leading groups of teenagers along the Appalachian Trail.  We’d do our best to plan ahead by packing the right gear and planning a good route.  But on most trips, there would come a moment when the plan fell apart.  The water source would run dry, or an ankle would sprain, or the pot of macaroni and cheese would tip over.

Being out in the wilderness with few resources and a broken plan is scary.  Over time and with experience, though, I realized that necessity truly is the mother of invention.  We could figure the unexpected problems out.  They even became… fun.  An adventure.  Like:  Let’s see how we get out of this one!

What if the future we face isn’t terrifying… but a new adventure?

“Do not worry about tomorrow,” Jesus says.  That same Jesus is already waiting for us in the unknown territory ahead.  So let’s take a deep breath, set our canoes aside… and see what new adventure comes next.

Rev. Mary Wood Brown is the pastor of Andrews UMC in the Smoky Mountain District