Here's the One Post-Pandemic Resolution I Want To Keep

by Susanna Schrobsdorff, Editor at Large for TIME.

I have to close my eyes to picture how desolate my neighborhood looked last year, with most everything closed and the near-constant wail of ambulances in the background.

The one thing I wanted to take from this very terrible time was gratitude for everything–my reasonably good health, my kids, drinks with friends clustered around tiny tables, my local coffee shop, or any coffee shop.

I thought we’d be like that Depression-era generation that still saves foil because they never forgot what it was like to go without. But I can already feel my old impatience returning. Earlier this month, just going to a restaurant buzzing with people seemed as exciting as going to another country. Now I’m getting picky about dessert.

In truth, humans have always had a hard time holding on to gratitude and wonder. The 18th-century philosopher Jean-Jacques Rousseau put it this way: Since these conveniences by becoming habitual had almost entirely ceased to be enjoyable, and at the same time degenerated into true needs, it became much more cruel to be deprived of them than to possess them was sweet, and men were unhappy to lose them without being happy to possess them.

At this rate of technological innovation, our conveniences are accumulating so fast it’s hard to comprehend our dependence on things we hadn’t heard of 5 or 10 years ago.

I can remember having to get up from the sofa and walk across the room to change channels on the old TVs; now I get irritated when I have to use a remote control instead of just giving the TV voice commands.

I may be just a few A.I.-powered devices away from starring as a blob-person in a prequel to WALL-E. In that version, we’ll see how people in overindulged countries went from expecting stuff we buy to magically appear on our doorstep the next day, to not being able to get out of our flying space-chairs.

Laurie Santos, a professor of psychology at Yale University, says what’s happens to us (well, some of us anyway) is called ‘hedonic adaptation,’ meaning we pleasure-seeking humans get used to luxuries, great and small. We inevitably take things for granted, marriages, friendships, coffee shops, toilet paper.

Santos teaches a hugely popular class about how to be happier called “The Science of Well-Being,” which is available to the public on Coursera. She explains that hedonic adaptation is why a new car is only a thrill for a little while. Pretty soon, that car doesn’t make us as happy as it did, and we start looking for something new. (Unless you’re my uncle who never once got into his beloved car without busting into a joyful soliloquy about something small like the glowy red lights on the dashboard or the wonders of his Sirius all-50’s-music-all-the-time station.)


So how do we hold on to gratitude after the pandemic recedes?

One of my favorite pieces of wisdom from Santos’s class is a tactic called: “negative visualization.” You imagine the end of a relationship or lack of access to some convenience or privilege or pleasurable experience. “Thinking about losing something is the clearest way to pop out of your hedonic adaptation because you’re putting your attention on what is going to be like not to have that,” says Santos in a lecture called ‘Thwarting Hedonic Adaptation.”

It’s not so hard to picture the worst days of 2020 now. But as our schedules fill up again, it’ll be more difficult to stop and rekindle the joy we took in those first forays to normalcy, like sitting inside a burbling cafe with a cookie. Or hugging someone dear. Santos acknowledges that it takes commitment and practice to cultivate happiness and savor the ordinary gifts we have been given. But her research shows that these behaviors of learning lead to increases in her students’ wellbeing.

Perhaps being happier also a choice. Can we decide to remind ourselves daily that the world we’ve built is tremendously fragile? As we’ve seen everything can go dark in a week or two.

Yet, if there were ever a moment when we can learn how to hold even small slices of joy closer, this is it. Click here to read the original article, titled, "Here's the One Post-Pandemic Resolution I Want To Keep." 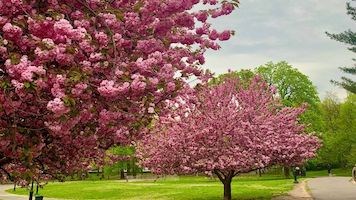