How should we think about God's mission in the Methodist church(es) today? As Christians we are tasked with loving God and loving our neighbor. But to borrow a thought provoking question from Duke Divinity Professor Luke Bretherton, "How do we balance our love for near and distant neighbors?" The book of Acts provides many examples of both seeing and serving near neighbors and contributing to support the ministry of distant Christian communities. Assuming we don't think we know how to live in Christian community better than the early church, perhaps the interconnected nature of our love for near and distant neighbors can inform our Christian practice today.

I was granted the opportunity to travel to Armenia over the past few weeks to visit the staff and new headquarters of Project Agape, a mission of humanitarian aid. This mission has been a partnership of the WNCC and NCC for nearly thirty years. As I traveled with two seasoned and two new emissaries from our conferences, I spent my time reflecting on the meaning of mission, and how our continued connection between near and distant churches should help us hold on to the model set out by the early church.

This trip was special for me among my co-travelers because of my identity as a fourth generation Armenian American who's ancestors fleed the genocide is 1915. So I had a few additional questions to ask as well: What is the connection between my lived experience as an Armenian American, a descendant of genocide survivors in diaspora, and my role as a pastor of the United Methodist Church supporting Project Agape? How do I balance my love for Armenia and it's Apostolic Church, with my love and service to my methodist churches in Western North Carolina?

I don't know how or why God placed me precisely here at this moment, in between the diaspora and the nation state, in between the Methodist and the Apostolic church, between Armenian and American, between homeland and home. Especially at a time when Methodists are feeling the tension of churches pulling away from each other to form new and re-imagined denominations (e.g., Global and United Methodist Churches).

I felt and feel pulled in so many directions, but this is not a new feeling. For a long time I have felt my place in the body of Christ must be that of a ligament. I have always felt stretched in different directions trying to hold on to people and ideas that don't seem to mesh well. The purpose of a ligament is to hold the body together. This trip has taught me to attempt to hold together even more than I imagined I was meant for. Perhaps there's a little ligament in all of us. God knows it's an underappreciated part of the body of Christ right now.

Let me tell you what happened last Sunday. We had a delicious breakfast as usual and got ready for church. The Armenian Apostolic Church in Vayk is an easy walk from the Project Agape center, but we took the van because of the rain. As it turned out, the priest was not feeling well, so the service was cancelled. We decided to spend the time in prayer and silent reflection rather than rush off to find another service. I offered prayers for my churches at home and family in the U.S. and Armenia.

But just as we were about to make new plans, a series of events led to us staying two more hours on the church grounds and learning much more than we would have if we had left in a hurry. First, the lovely caretaker of the church, Ophelia, offered us bread and coffee - communion - in a way, or at the very least breaking of bread. I certainly saw Christ in her, in her dedication to the church and her kindness and hospitality towards us.

When we had sat down for our coffee, the priest came around and began speaking to us. At first I though he would greet us and return to his quarters, but pretty soon we were knee-deep into what was first a debate, then a discussion, then a sermon, then a conversation, and finally a moment of mutual blessing and thanksgiving.

The debate/discussion/conversation hit me personally, as when a doctor strikes the knee to test it's reflexes. Fr. Sepuh, priest of the church in Vayk sternly and confidently insisted that I ought to return to live in Armenia. His analogy was the Amazon river. Though it is the longest river in the Americas, eventually it flows into the sea and disappears. So, he said, is the identity of Armenians in diaspora. When we left Armenia (my family fled part of Armenia that is now inside the borders of Turkey), we disappeared, becoming unrecognizable, at least from his perspective. I have no doubt that this is how many Armenians in Armenia see it. And perhaps, as he suggested, this country would be stronger of we all "moved back." Though completely unrealistic, I empathized with his agony, having watched his nation suffer for it's lack of political power in a region increasingly hostile to it's very existence. What could remedy this trouble? More Armenians living in Armenia was his answer.

Perhaps he is right, but just as the ligaments of a knee contract under the doctor's mallet, I felt myself recoil at his remarks. I have a home, after all, and it is Western North Carolina. I have a life there, family, community. And, it's true, I have family and a home here in Armenia too. How I wish I could pull both of these homes together. How I wish I could somehow live fully in both. But ligaments are an in-between - neither bone nor joint.

As we listened and reflected together, our project director, Nara Melkonyan, had the opportunity to explain the work of Project Agape. My anxious heart relaxed as I realized that just like me, Project Agape is an in-between sort of thing too. It is not a proselytizing organization. From it's beginning it has been a partnership. Armenians are Christian people, and through many centuries of living on the margins of empire, they have known what it means to carry the cross. Project Agape is a partnership between Methodist and Apostolic Churches for the betterment of the Armenian people.

Project Agape, from the beginning has served the margins of the margin, locating itself in the disputed territory of Nogorno Karabakh among people who have had to struggle to survive with very little in terms of outside assistance. Now that the 2020 war with Azerbaijan has rendered the project's clients refugees, the focus is on helping these displaced persons reestablish themselves in Armenia.

I feel a kinship with those Project Agape is trying to serve. For four generations my family has tried to cling to what was taken from us while at the same time attempting to grow where we've been planted.

Are American Methodists so different? Are we a holiness movement of the Church of England anymore? No. Are we an independent church? Not by our own choosing. Even today we are feeling stretched between different scriptural interpretations, different understandings of what it means to be the Church. Our lived experience is summed up in our favorite word: connection. No matter what our differences, we know that we are better when we hold together. And no matter what happens to our church, there will still be ligaments, and I am proud to be one of them.

As jarring and challenging as our conversation was with Fr. Sepuh, I walked away stronger - making meaning in the in-between. And that night another conversation took shape between my brothers and co-travelers. Brother Paul Dunham will be accompanying his churches into a newly forming denomination, the Global Methodist Church, while other co-travelers will likely remain with the UMC. The details of our future are far from certain, but we found that our love for and dedication to Project Agape remains a firm commonality.

John Wesley, in his Letter to a Roman Catholick (sic) famously wrote, "If we do not think alike, can we not love alike?" And as Paul, Bobby, Brian, Allan, and I opened our hearts to one another we learned that, at least when it comes to our work in Armenia, we can and we must.

As we Christians seek to balance our love for near and distant neighbors, let us remember the role of the ligament. When the mallet strikes, the ligament yells, "Hey leg bone! The knee bone is still here! Hey knee bone! The leg bone is still here" (this is based on my expert knowledge of human anatomy :))! No matter what groups, people, or ideas we find ourselves caught between, let's allow tension to push us towards connectional advocacy. There's another church out there and we need them to be whole!

May Project Agape, then, be not only an enduring ligament for our churches, our nations, and our denominations, but a prophecy as well. An in-between project of love and loving alike where Global and United, Methodist and Apostolic, American and Armenian can continue to love those caught in between, as those caught in between, and by the one who came to reveal God's love as, in, and for the in-between. 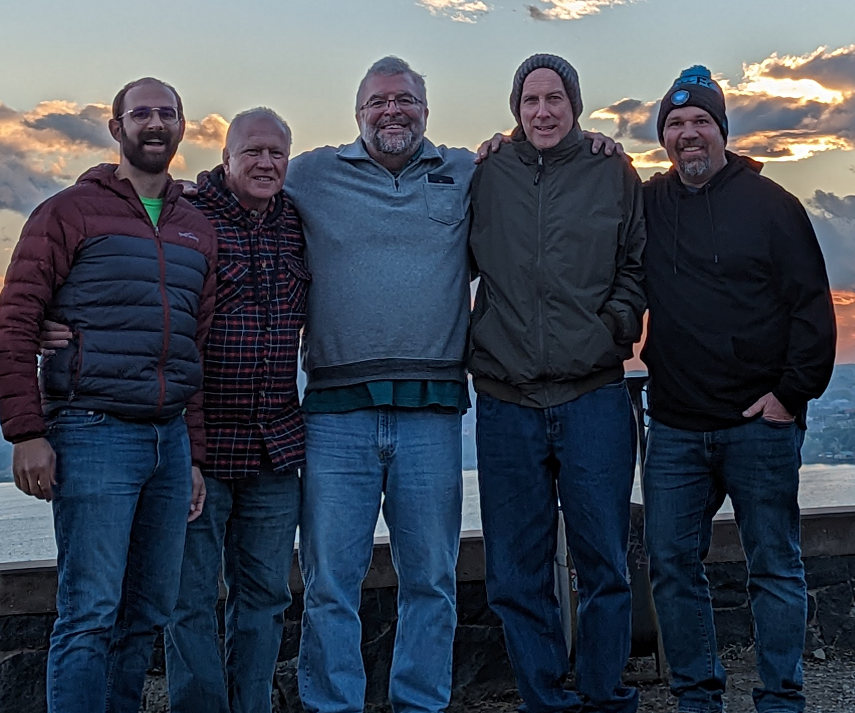 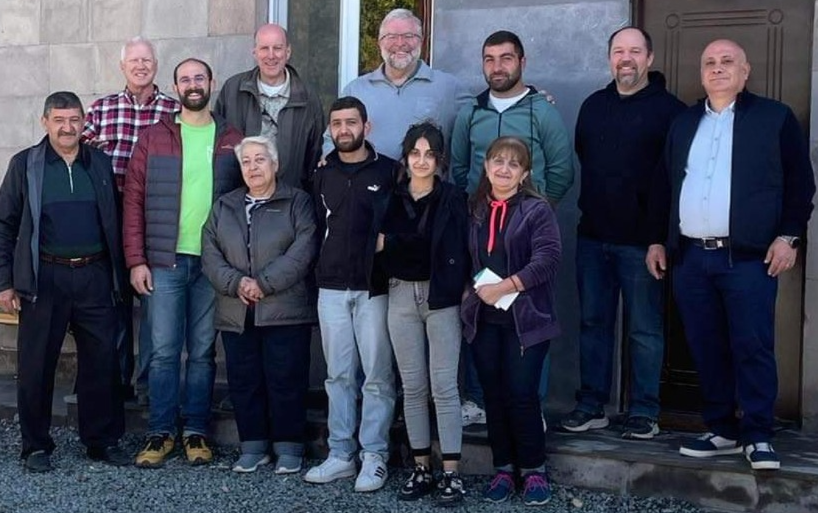 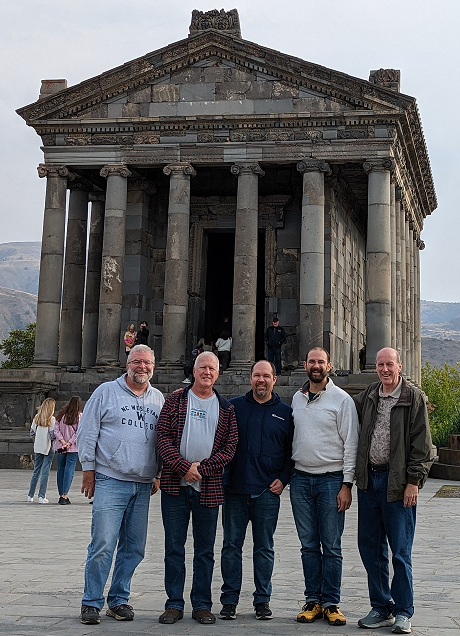 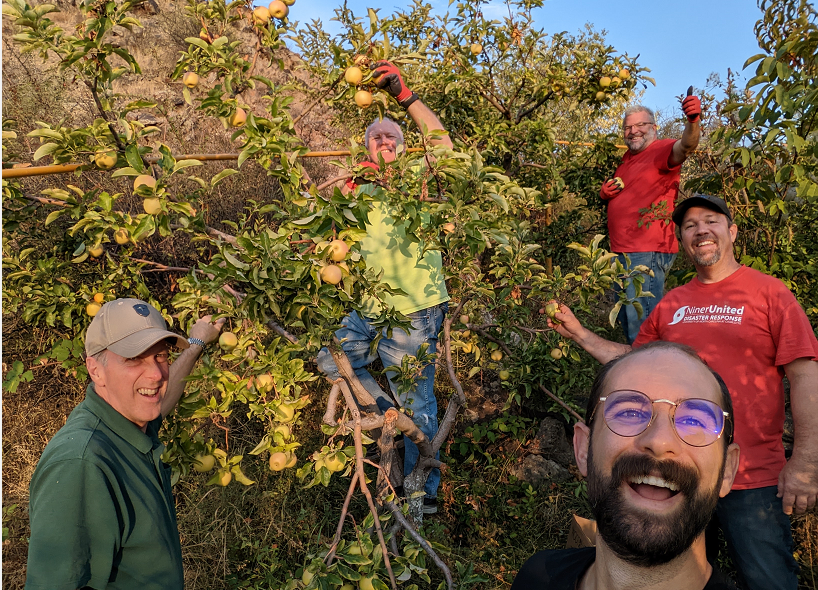