Finding the Face of the Church Becoming

By Ronald D. Culmer
Can a Renewed Pluralism Nurture a "Church on the Way" that Engages Young People?

It was May, 1965 when a group of African-American Episcopalians from the Episcopal Society for Culture and Racial Unity, also known as ESCRU, attempted to enter an Episcopal Church in St. Augustine, Florida for Sunday mass. As explored in United By Faith: The Multicultural Congregation As An Answer to Race, these Episcopalians were blocked from entering the church by the usher.

What happens next is a tale that in some very real ways could be a page from 2018: The group then pointed to the church sign, underscoring the bold letters that read: “The Episcopal Church Welcomes You.”

The usher, in response, insisted: “That message doesn’t include African Americans.”

It’s 2018, and while the Episcopal Church—the denomination that I and six generations of my family call home, the tradition in which I am a priest and have been so for the past twenty-four years—still has a long way to go to move beyond this racist history and its effects in the church. While being blocked at the door by ushers has disappeared as far as I know, there have been other stop signs, both systemic and endemic, that still remain.

To the Episcopal Church’s credit, I must note, there have been efforts to move beyond racial difficulties. Indeed, we’ve made several daring attempts to change:

The Church has an opportunity to become that which it is called by Jesus Christ to be: The kingdom of God for all people! Pluralism is the face of the church becoming.

As a means of moving forward, the Presiding Bishop of the Episcopal Church, the Right Reverend Michael Curry, has called us into a deeper understanding of the relationship between evangelism and racial reconciliation. In his message to the church, “Where do we go from Here? Chaos or Community?,” which takes its title from Dr. King’s last book,” Bishop Curry calls us “as congregations and individuals who are together the Episcopal Church of the Jesus Movement to intentionally, purposely, and liturgically rededicate ourselves to the way of Jesus, the work of racial reconciliation, the work of healing and dismantling everything that wounds and divides us, the work of becoming God’s Beloved Community.”

His vision is compelling but the Church, Episcopal or otherwise, cannot live into this vision without the practical work of valuing differences. This is no easy task but in order for the church to become the beloved community, the one found in scriptures, then we need to understand that our salvation is communal not personal.

My first understanding of this came to me years ago when The Right Reverend Bishop Tutu wrote about Ubuntu theology:

Ubuntu…speaks of the very essence of being human. [We] say…”Hey, so-and-so has ubuntu.” Then you are generous, you are hospitable, you are friendly and caring and compassionate. You share what you have. It is to say, “My humanity is caught up, is inextricably bound up, in yours.” We belong in a bundle of life. We say, “A person is a person through other persons.”

A person with ubuntu is open and available to others, affirming of others, does not feel threatened that others are able and good, for he or she has a proper self-assurance that comes from knowing that he or she belongs in a greater whole and is diminished when others are humiliated or diminished, when others are tortured or oppressed, or treated as if they were less than who they are.

Bishop Tutu’s teachings are ever wise, but we must remind ourselves that when he refers to “persons,” he does not mean individual people. He means all of us together. For, if a church is really to become “the Church,” then systemic change must happen; the shift in attitude from religious monoculture to pluralism is needed. This is a deeper work is more than just finding my humanity in yours, but rather dawning a new paradigm in how we relate to one another.

Church leadership consultant Bill Kondrath describes this pluralistic worldview as one which, “accepts, understands, celebrates, and utilizes differences. It refuses to see differences as better than and less than, higher or lower.” Kondrath explains that,

Paul, speaks of “The freedom of the glory of the children of God,” which is the new creation (Rom. 8:21). This attitude of justice and equality is exemplified today in congregations that sing and pray in the diverse languages spoken by their people and in “open and affirming” congregations that welcome and incorporate gay, lesbian, bisexual and transgendered people as equal members. The movement from a dominant, power-over, judgmental worldview to a more just, more equitable process is ongoing and occurs on many levels. (39-40)

But how do we get there?

In her “Multicultural Process of Change”–an important source in my dissertation research on disciplines for nurturing congregational life and vitality–Valerie A. Batts, the Executive Director of the diversity and inclusion consulting firm, Visions, points to an “Emancipatory Consciousness Social/Economic Justice” pathway that insists that an institution must recognize, understand, appreciate, and utilize differences in order to become a pluralistic community.

In this context, becoming church means:

What young people want is not the church that has arrived, but rather, a church on the way.

As in all Mainline and Catholic Churches in the United States, not only is there a downward trend in membership also that more than 85% percent of our congregations are monoculture, while 3% are black, 6% Latinx, and 3% mixed or other. Ironically, many of those congregations now find themselves in changed environments. The majority of the United States is now non-white, and churches like the Episcopal Church have mostly greying, white communities.

It’s not. While much of the news is grim, and many young people are looking beyond the institution of the church to meet their spiritual needs, those leaving still hunger for what only a robust, engaged spirituality can offer.

The Church has an opportunity to become that which it is called by Jesus Christ to be: The kingdom of God for all people! Pluralism is the face of the church becoming.

Guided by need for authenticity, the up-and-coming generations I’ve encountered and who have dared to come, even stay at the church I serve tell me that they want to be a part of a community that is actively seeking to honor differences and live into an image of the reign of God that recognizes, understands, appreciates, utilizes and celebrates differences. What young people want is not the church that has arrived, but rather, a church on the way.

That leaves me with hope, because, as the Irish are fond of saying, “God is the space between us.”

This article was originally published on the Bangor Theological Seminary Center, see it here. 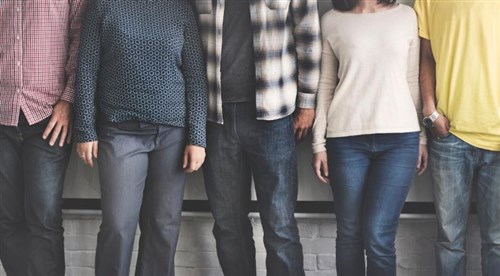