by the United Methodist Church of the Resurrection

We turn to the most frequently reported fear among those under 50 in our fear survey last fall: the fear of failure, of disappointing others, and of taking risks. Fear of failure is the voice in our head that says, “You will embarrass yourself if you do this,” “You don’t have what it takes to accomplish this,” or “It’s too hard for you, don’t even try” ….

When fear of failure really takes over, you begin to avoid taking risks – because every risk includes a possibility that you will fail, that you will lose face, that you will embarrass yourself or people will laugh at you. Sometimes it’s not simply this. Sometimes we become risk averse because we think of all the ways the dream, vision or action we’re contemplating could go wrong. We doubt whether we’re really equipped to pull it off, and, if we fail, the consequences could be more serious than people laughing. In some situations, they could include real disaster….

Think of it this way. You see signs while driving through the Colorado mountains that say, WATCH FOR FALLING ROCK. That’s a pretty scary thought. But you are meant to process this and ask, “What is the likelihood of rock falling down the mountain? What does it mean for me to watch for them?” In the end, while you are aware of the risk, you decide you’ll exercise some caution, but it’s worth the risk. That’s how our warning system is meant to work—we feel the warning, evaluate the risk, consider the possible reward, and sometimes we avoid the path, and other times press on. We can skip this road, but we’ll skip every beautiful mountain road in life if we don’t take some chances.

Mary Tyler Moore, who died this week, once said, “Take chances, make mistakes. That's how you grow. Pain nourishes your courage. You have to fail in order to practice being brave.” And you may have heard hockey legend Wayne Gretzky’s quip, “You miss 100% of the shots you don’t take.”

So many things that are good and important and life require risk—risking failure, humiliation, embarrassment, or pain.

Maybe the first step towards overcoming a fear of failure and taking risks is to recognize that you are going to fail at times. So is everyone you know. Sometimes you are going to make the wrong decision. Someone will laugh at you. You are going to fall on your face. People will say bad things about you. And yes, these failures will hurt… but not nearly as much as you fear.

Winston Churchill once said, “Success consists of going from failure to failure without loss of enthusiasm”….

Michael Jordan, the NBA star who has been described as “the greatest basketball player of all time” made a video, originally a spot for Nike, I think, that I love. In it he said, "I've missed more than 9000 shots in my career. I've lost almost 300 games. 26 times, I've been trusted to take the game winning shot and missed. I've failed over and over and over again in my life. And that is why I succeed."

That all sounds good if you are extra-talented like Michael Jordan, Mary Tyler Moore or Winston Churchill, but what about ordinary people like you and me? You know how they became extraordinary? It was some combination of talent and turning toward their fear of failure, getting back up on the horse when they were knocked off.

Fear of failure can be a powerful asset. It can lead us to work harder to develop the skills so we don’t fail. But often the fear simply leads us to flee, to quit, to make excuses and seek to avoid whatever it is we’re afraid we’ll fail at.

Most of the therapies I’ve seen are motivational, coupled with inviting the individual to understand where their fear of failure comes from (embarrassment of teasing, or pain from a perceived failure in childhood). To analyze carefully whether the fear is justified—usually it is not—by asking what the worst thing is that could possibly happen if one pursued the course of action. There are a host of mental exercises that are helpful, including the Zen practice of mindfulness. Russ Harris’ book, the confidence gap, is a good example. Carol Dweck’s best-selling book Mindset is another.

The Call of God

Often in Scripture God calls his people to take risks. In fact, you cannot be a Christian or a Jew without being willing to take risks. Abraham and Sarah are living a comfortable retirement life in Haran. He’s 75 years old. Then we read in Genesis 12:

“The LORD said to Abram, ‘Leave your land, your family, and your father’s household for the land that I will show you. I will make of you a great nation and will bless you. I will make your name respected, and you will be a blessing. I will bless those who bless you, those who curse you I will curse; all the families of earth will be blessed because of you.’”

Abraham could easily have said, “No, Lord, I’ve never been to Canaan. I’m quite comfortable here. Please send someone else.” But he would have missed out on the greatest adventure, and on being at the center of God’s plans. Had he said “No,” we would not know of him today.

Last fall we spent six weeks exploring the story of Moses. At the age of 80 he was tending his father-in-law’s sheep and goats in the middle of the Sinai when God speaks to him from a burning bush and says, “I’ve seen the suffering of my people back in Egypt. Come, I will send you to Pharaoh to bring my people, the Israelites, out of Egypt.”…But [Moses] said, “O my Lord, please send someone else.” Imagine: God himself is speaking to Moses, and Moses tells God to find someone else. He’s terrified of failing. God’s primary response to Moses’ fear was captured in these words from Exodus 3:12: “God said, ‘I’ll be with you.’”

Moses’ greatest and most profound life experiences all come after this, the purpose for which his life had begun 80 years earlier. But he almost missed it for fear.

Forty years later, as the Book of Joshua begins, Joshua and the Israelites are camped opposite the Promised Land, aware that there are fortified cities there and people who were well armed, much stronger than the Israelites. In their moment of fear we read these words: “After the death of Moses the servant of the Lord, the Lord spoke to Joshua son of Nun, Moses’ assistant, saying, ‘…As I was with Moses, so I will be with you; I will not fail you or forsake you…Be strong and courageous; do not be frightened or dismayed, for the Lord your God is with you wherever you go.’”

Jesus tells his disciples, a rag tag band of misfits—fishermen, tax collectors, and who knows what else—most of whom had never been outside of the Holy Land: “Go and make disciples of all nations, baptizing them in the name of the Father and of the Son and of the Holy Spirit, teaching them to obey everything that I’ve commanded you. Look, I myself will be with you every day until the end of this present age.” You want us to go where? Telling them what?

Over and over we find this word in Scripture: when God calls us God goes with us, and if God goes with us, we don’t need to be afraid. But even if we don’t need to be afraid, we will be afraid, which is where courage comes in. Courage pushes us through fear. But what is our courage grounded in? Is it grounded in our abilities and power? Or is it in God’s abilities and power? That requires that we trust in him. We call that faith. 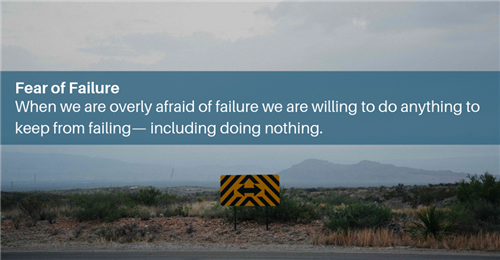