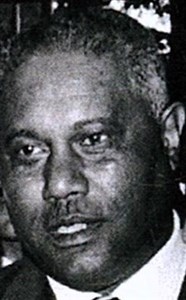 Mr. Clarence Winchester was a leader in the North Carolina Conference (Central Jurisdiction) and in the WNC Conference.  A member of St. Matthew’s UMC in Greensboro, he provided leadership in his church, in the conference, and in the denomination.  He served as the second Chair of the WNC Conference Council on Ministries from 1973-80, following Bishop Earl Hunt, who served as Chair of this Council during its inaugural year.  In this position, he led much of the programmatic ministry of the conference during an important time of transition in the life of the conference.