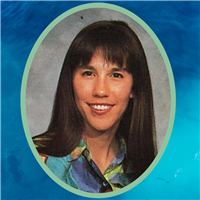 Rev. Karen Miyoshi Kagiyama was the first Asian-American woman to be ordained an Elder and be received into Full Connection as a clergy member of the WNC Conference.

Born in Misawa, Japan, Rev. Kagiyama received her B.A. from Emory University and her Master of Divinity from Candler School of Theology.

She was received as a Probationary Member and ordained Deacon in 1991, and received into Full Connection and ordained Elder in 1994.  From 1991 to 1994 she served as pastor of the Table Rock Charge in the Marion District, then was appointed to serve as pastor at St. Andrew UMC in Carrollton, GA.

She transferred her membership to the North Georgia Conference on January 1, 1996.

Be sure to read the other biographies written by WNCC Archivist & Historian Jim Pyatt:
In Muk Kim, the first Asian-American to be elected as a delegate (clergy or lay) to Jurisdictional Conference from the WNC Conference.