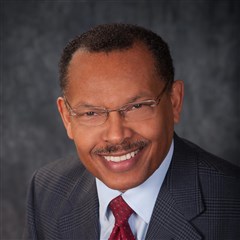 Rev. Dr. Carl Arrington has announced his retirement effective July 1, 2021. Carl has served as the District Superintendent of the Appalachian District since 2015. Prior to his appointment as a District Superintendent, he pastored Chestnut Grove UMC in the Yadkin Valley District. He also served in extension ministry as the Director of African American Ministries with the Southeastern Jurisdiction from 2006-2012 and as the Minority Program Director for RAIN from 2001-2006. After transferring to the United Methodist Church from the AME Church in 1992, he pastored Simpson-Gillespie UMC in Charlotte and Berry-Temple-Wilson UMC in Asheville. He completed his undergraduate degree at the University of North Carolina-Chapel Hill, earned a Master of Divinity from Duke Divinity School, and a Doctor of Ministry from Drew Theological Seminary. He is looking forward to traveling to spend time with the two most adorable grandchildren in the world. We celebrate Carl’s faithful ministry and congratulate him on this new phase in retirement. 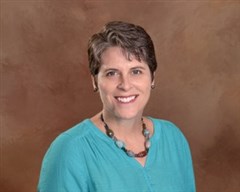 Rev. Lory Beth Huffman will succeed Carl as the District Superintendent of the Appalachian District. Most recently, she has served as Senior Pastor of Boone UMC and as Senior Pastor of Centenary UMC in Winston-Salem. She has also previously served in the role of the District Superintendent of the Appalachian District from 2012-2015. Prior to that, she pastored Sharon UMC in Charlotte, First UMC in Taylorsville and St. Luke’s UMC in Hickory. Lory Beth completed her undergraduate degree at the University of North Carolina-Chapel Hill, and earned a Master of Divinity from the Candler School of Theology at Emory University. Lory Beth is married to Greg Huffman, who serves as the WNCC Conference Chancellor. They like to travel, climb mountains and play with their two cats. 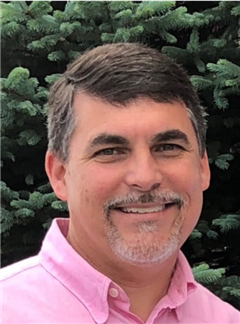 Rev. David Hockett will be appointed as the Teaching Pastor at Davidson UMC, effective April 1, 2021. Rev. Shane Page, Davidson’s Senior Pastor, is on formational and spiritual growth leave through June 30, 2021. David has served as District Superintendent for the Metro District since 2018. Prior to that, he pastored Boone UMC, Forest Hill UMC in Concord, Milford Hills UMC in Salisbury, St. Timothy’s in Jamestown, and Christ UMC in Greensboro. David completed his undergraduate degree at NC State University and earned a Master of Divinity at Duke Divinity School. He was elected to serve as a delegate to the 2020 General and Jurisdictional Conferences. David and his wife Kim are native North Carolinians. Kim is employed by Novant Health as an IT analyst. They have three children and one son-in-law: Salem and husband McCann, Abbey and Eli. 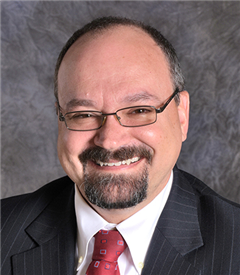 Rev. Dan Pezet will be appointed as District Superintendent of the Metro District, effective July 1, 2021. Dan has served as the Director of Church Development since 2017, transferring to the Western North Carolina Conference from the Alabama-West Florida Conference where he served as the Director of Congregational Vitality. Dan began his career in ministry as a lay person at Gulf Breeze UMC, serving as the Program Director on a launch team for a new multisite church. He completed his undergraduate degree at the University of Florida and earned a Master of Divinity from the Candler School of Theology at Emory University. Under Dan’s supervision, the Office of Church Development has launched 13 new church starts, more than 200 new Fresh Expressions of Church, and created the Transformation Journey initiative to help churches go from good to great. During the pandemic, Church Development offered matching Zoom grants for local churches, currently a total of 423 Conference Zoom Licenses. They have hosted more than 27,000 meetings that would take more than 23 years to watch back-to-back. Their newest initiative is offering technology grants and training to improve the online worship presence for 200 churches. Dan lives in Cornelius with his wife Cindy, and two sons, Daniel and Luke. 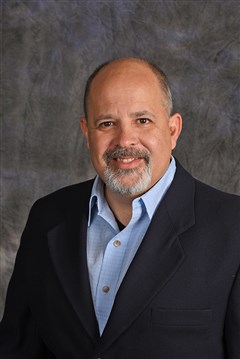 Rev. Rob Hutchinson will succeed Dan as the Director of Church Development, also effective July 1, 2021. He has served as the pastor of First UMC in Maiden since 2018. He has also served as a key member of the Church Vitality Committee since 2014 and is well equipped to continue this good work in our conference. Prior to that, he pastored Unity UMC in Thomasville, Hardison UMC and West Market Street in Greensboro. He transferred to the Western North Carolina Conference from the Florida Conference in 2000. He completed his undergraduate degree at Virginia Polytechnic Institute and State University and earned a Master of Divinity from the Candler School of Theology at Emory University. Rob is married to Susan, who is an elementary school English as a Second Language (ESL) teacher.