Why do good churches die? I’m not talking about churches who have an apparent fatal flaw like mean or nasty people, terrible location, clergy sexual misconduct,

uninspiring worship or the like.  Churches can and do recover from all of those things.
No, I’m talking about good churches that care about people, hold decently inspiring and cohesive services, are doing their best to reach out and respond to a changing world, are led by a committed leader, and backed up by laity who truly care.  Good churches.  Why do they die?

Theories abound, including changing demographics, young people leaving the church or not being raised in church at all, the rise in the spiritual but not religious crowd, the appearance of “nones” and “dones”–those that have no religious affiliation or once did but have now retired from church, and the changing culture around us.  Yes, these factors all play a part.  But churches can and do transcend these factors too.

There is one hidden reason why churches that seem to be doing it all right still die.  I want to share that with you today, plus four hints to discover if this hidden reason is operative in your church, and what to do about it.
The secret reason good churches die is they lack a vision.  In fact, I believe 100% of church decline and demise is due to this.
Here’s how you know you lack a vision:
1.  Your current vision doesn’t expand assumptions about what is possible.  Instead,  it describes what you are already doing. For example, let’s say your church’s vision is “Extending the love of Christ to the heart of our community.”  Let’s say in the past, against all odds, you started an outreach to the homeless with food, clothing, and prayer.  Once upon a time it seemed impossible to do.  But now you are doing it on a regular basis. Guess what?  It’s no longer a vision.  Now it’s a program. Time for a new vision. Because a program, no matter how positive, won’t keep a church alive.
2.  Your questions change from Who is God calling us to reach? to How can we avoid losing what we have?  The first question is forward-looking, outward-focused and risky.  The second question is backward-looking, inward-centered and cautious.  It’s a sign that maintaining structure has become more important than doing real ministry.  Also, that fear has become more important than the Gospel.
3.  You have not put your own credibility on the line when articulating what’s next.  In other words, you are trying to look good, be liked, not rock the boat, save your job, or save the church. Jesus put his own credibility on the line when he cast his vision that the Kingdom of Heaven was at hand.  So much so that Rome crucified him for sedition as “King of the Jews.” But his vision worked!  Here we are 2000 years later, still organizing around it and implementing it.  I’m not saying we will be crucified for having a vision.  I am saying that putting our own credibility on the line, for the sake of the vision, is the only way we can be agents of transformation.

4.  You are waiting for someone else to come up with a vision. If you are leading in any capacity–whether you’re in charge of the Rugrats Ministry or you lead a team of 20 denominational executives, it is your responsibility to come up with a vision.  That’s what leaders do.  Waiting for someone else may be a sign that it’s time to retire or to re-tool your understanding of leadership.

You can tell when you are in the presence of a visionary leader, congregation or denomination.  It’s exciting, invigorating and a little bit scary.  You sense purposeful movement, forward direction, and perhaps more faith than you yourself currently possess.

I had this experience when I attended the Union of Messianic Jewish Congregations international conference last summer. This is a group that is basically inventing a new branch of Judaism which bridges traditional Judaism and classical Christianity. They’re fully identified as Jews AND as followers of Yeshua/Jesus.  Don’t tell them it can’t be done.   Because they are doing it!
Theologically, socially, politically and demographically they are all over the board. They include Jews by birth and conversion, and lots of Gentiles too.  It’s hardly a uniform group of people. But a single vision unifies them and propels them forward:  to restore the Jewish Messiah to the Jewish people.

I didn’t sniff a whiff of decline among them!  And I’m trained to detect that.

Here’s the point:  if they can do it, you can do it!  Good churches don’t need to die.  And good leaders don’t need to let them!  Envision a future that expands assumptions about what is possible, get back to asking the right questions, take risks, and be the one to get the ball rolling. This has the power to unify even the most disparate group.

Then, new life is not only possible, it’s inevitable! 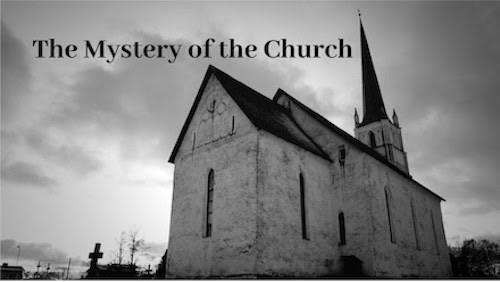