New Year’s resolutions are as old as time, but that doesn’t mean they’re very effective. It only takes a day or two into January before the #resolutionfail hashtag starts trending on social media. 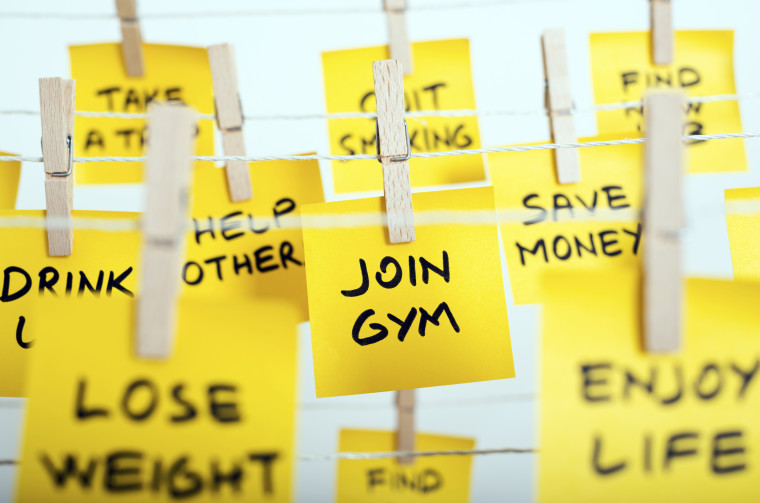 Roughly 200 million Americans make New Year’s resolutions at least some of the time, according to research by the University of Scranton. But the same research says most of us are wildly unsuccessful.

Many of us only stick it out a while. A quarter bomb in the first week. A third don’t make it past the first month. Fewer than half are still plugging away after six months. Only 8 percent of us are actually successful.

Some industries count on our failure. Fitness centers, for instance, sell year-long contracts knowing most of us won’t actually show up. Their business model depends on most members getting distracted, overwhelmed, or uninterested after a few visits.

But this is about much more than numbers. It’s about people’s dreams. Here were the top 10 resolutions people set in 2015, according to the Scranton research: Our resolutions concern our health, wealth, relationships, and personal development. In other words, they’re about the things that matter most to us.

I’m sure you have your own personal stories of starting the New Year strong only to get busy, fall behind, and eventually lose motivation.

It’s happened to me. And it’s exactly why I don’t bother making New Year’s resolutions anymore—at least not the usual kind. When I think of my health, my family, my spiritual life, my business, I know for certain: Some dreams are just too important to entrust to a faulty system.

Instead, I utilize a proven goal-setting process that incorporates safeguards for many of the pitfalls and failings of typical resolutions. It’s taken me years to develop this process, and I’ve seen it work not only in my own life, but also in the lives of countless people with whom I’ve shared it.

Some people will say that the best way to make our resolutions stick is to only pick one or two for the year. But that’s leaving too much on the table for me—and probably a lot of you too.

We’re talking about the things that matter most, right? Why leave so many things undone and miss so many opportunities to grow? Instead of cutting back, we just need to use a system that actually works.

An effective goal-setting system must factor at least five dimensions of goal-attainment:

Forget New Year’s resolutions. Some dreams are too important to entrust to a faulty system. MICHAEL HYATT

Life’s too short for typical New Year’s resolutions almost guaranteed to fail. The good news is that you can shortcut the hard knocks, stop counting on luck, and finally succeed.

I designed my 5 Days to Your Best Year Ever course to address these five dimensions of goal-attainment. I only open registration once a year for a brief window. It’s almost closed for 2016. If you’re tired of missing your resolutions, now’s the time to act.

Question: What would your life look like twelve months from now if you reached your most important goals?