Do I Have Enough Influence 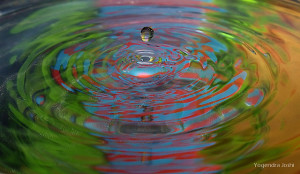 You are clear about the changes needed in your congregation, and you are confident in your ability to execute the change. You are not certain that you have the influence needed to overcome change resistance. This is the fundamental dilemma of every leader, especially those new to an organization.

A longstanding rule of thumb is that a pastor must not change anything significant in the first year of assignment.  She must earn leadership capital by watching, listening, honoring and caring.  We’ve all heard it said that you have to marry and bury enough people to earn the trust of the congregation.

The frightening reality for many of us is that we simply don’t have the luxury of time. Institutional decline is urgent.   We can’t passively wait for our leadership capital to accumulate.  Instead, we must be politically savvy about building our capacity for influence, and we must sometimes act before we feel adequately influential.

The ability to influence others, gain commitment, and overcome change resistance is difficult, but it is not mysterious. It has four identifiable elements that can be cultivated.

Deepen Your Power Base

Every leader has some access to three forms of organizational power: granted power, assigned power, and attributed power.  Power is organizationally neutral; it is neither good nor bad for the leader or the organization.  Having power is only a capacity for influence. It does not become influence until applied. You need to work on building capacity before you seek to influence.

Think of the power bases as buckets that must feed an influence reservoir. The tricky thing about the three sources of power is that they are multiplicative; the absence of any one of the three power bases results in zero power in the reservoir. Each bucket must have something in it, and collectively the three buckets must keep the reservoir in ample supply.

Granted power is the agency assigned to you by an authorizing party, usually outside of your specific context.   We all have some granted power in a congregation by virtue of our baptism; we are co-creators with God, of the kingdom of God.  However, some have more granted power than others by virtue of institutional affiliation. Your denomination grants power to certain leaders by ordaining them. Educational institutions grant power in the form of degrees. Generally, a Ph.D. supplies more power than a Bachelor’s degree. Certification from a nationally recognized institution grants more power than one from a local agency.

Assigned power comes from the specific organization you are leading. The defined role you play carries the legitimate right to do things on behalf of the organization. You may have been assigned the authority to hire and fire others, to spend money on behalf of the congregation, or to start or retire programs.  Assigned power also grows from your centrality in the organization, your access to information and decision making.  An office administrator may not have much legitimate authority, but his central control in disseminating information, and his ability to place himself in decision making moments can result in great power.

Attributed power comes from two sources. First, it comes from your expertise in a valued subject area.  A music director has attributed power from her skill base in choral direction or in organ performance.  A bookkeeper carries attributed power because of the twenty years of institutional memory at her disposal, and because she is the only person in the congregation who understands the financial records.

Second, attributed power also comes from personal charisma. People are drawn to certain individuals over others by virtue of personal energy, endurance, focus, flexibility, likeability and trustworthiness.  People are willing to submit to the agency of another whom they admire and want to be around.

Maintaining full buckets is not enough to wield influence and gain commitment in a congregation.  You also need to employ effective influence tactics.  The tactics you use must be varied, appropriate to your context, ethical, and effective.  A leader who selects ineffective or immoral influence tactics drains the influence reservoir faster than it is filled.

Influence tactics include things like rational appeal, personal appeal, inspirational appeal, consultation, exchange tactics, ingratiation, pressure tactics, and coalition building. Each is appropriate and ethical in some contexts, but not in others. You must consider the needs and influence capacity of each player, and you must diagnose the situation. Most of us favor a few tactics that we overuse. Effective leaders deploy a variety of influence tactics, and they tailor them well to the situation.

Resist the Inappropriate Influence Attempts of Others

The congregation suffers at the hands of those who inappropriately undermine leadership influence efforts. Inappropriate resistance may involve triangulation, bullying, blocking, condescension, manipulation, or passive-aggressive noncompliance.  As you work to fill your influence reservoir, these people are draining it through another spigot. You must address inappropriate influence attempts if you want to deepen your own influence capacity.

If the inappropriate influence tactic is from someone who is healthy, willing and able, use direct personal confrontation to refocus their energy more positively.  Describe the problematic behavior to them in concrete terms. Explain the impact that their behavior has, and ask for a specific, alternative behavior.

If the person is unable or unwilling to employ better behavior, you must disengage from their unhealthy behavior.  Covenant with the healthy leaders in your congregation to ignore the inappropriate influence, and continue moving in the direction of health and wellness.

Deepening your capacity for influence is not a passive waiting game. Adaptive leaders continually study and learn from the influence dynamics of their congregations. Watch the impact of a particular influence tactic. Analyze its effectiveness and reflect on what impact another technique may have had.  Continually observe who has influence and where that influence stems from. Attend to the draining and inappropriate influence attempts of others. Work continually to deepen your own influence reservoir.  All of this, for the sake of helping your congregation effectively engage its mission.

“Behold, I send you out as sheep in the midst of wolves; so be shrewd as serpents and innocent as doves.” (Matthew 10:16)

Susan Beaumont is a writer, consultant, coach, and spiritual director.  She is an Alban author, and former Senior Consultant with the Alban Institute.