Striving for Turnaround (And Getting Burnout) 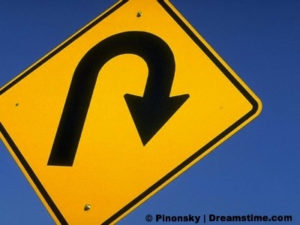 We must reverse the decline and rediscover vitality! This is the battle cry giving birth to countless church revitalization initiatives. Some of our efforts appear to be working. Growth is happening in a few places and we feel encouraged.

However, most of us are simply experiencing burnout, people striving harder and thriving less. If what we seek is vitality, striving is not the answer. What we need to rediscover is the spiritual stance of surrender. Nothing can be changed that is not first accepted.

Cross Pointe congregation has fallen from grace, at least in its own eyes. Once a flagship church in the denomination Cross Pointe offered nationally recognized programs, ran their own camp, and operated a day school. The staff of the church was a who’s who of talent, and the congregation boasted a budget that consistently allocated twenty percent of operating income to missions.

A series of traumas befell the congregation around a decade ago. First, there was the troubled departure of a much-loved leader, followed by a theological debate that resulted in a church split and the loss of a third of the membership body. This was followed by a number of years of gradual but continued numerical decline.

Today Cross Pointe is a shadow of its former self. Still a more than viable mid-sized congregation, they live under the cloud of their former reputation.  Year after year the congregation downsizes its budget, and struggles to maintain both the quantity and quality of its programs. The church is over-staffed, because it cannot bring itself to right-size programming expectations. After all, the programs of the church are what leaders are counting on to restart growth and restore vitality.  The physical plant is too large for the existing membership body, but selling off property seems like giving up on a vision of growth.

The leaders of Cross Pointe Church are discouraged and exhausted. The harder they strive and the more they envision, the less they seem to thrive.

The Nature of Striving

Making great efforts to achieve or attain something is admirable in our culture. Indeed, it seems a basic part of the human condition that we struggle or fight vigorously to overcome barriers that stand in our way. We struggle, we labor, we do all that can be done, even when the odds are against us and losses seem inevitable. We make every possible effort so that at the end of the day we can say, “I have done my best, my utmost.  If the effort fails and the battle is lost, at least I did every conceivable thing that I could imagine.  No one can accuse me of giving in or slacking off.”

The problem with striving is that we erroneously place ourselves at the center of the equation. We form false attachments to our understanding of things from our vantage point as the definers of meaning and action. We imagine that it is all up to us and that the best of our efforts, skills and imaginings will be enough to overcome the obstacles we face. We are like the Kansas peddler in Oz, hidden behind the control panel and trying to pass ourselves off as the great and powerful Wizard.

The term surrender in our present day vernacular has negative connotations: to give in, to give up, to concede defeat, to become inactive. Nobody wants to be that leader.

Abandoning hope and conceding defeat is not the form of surrender that I am advocating here. I am invoking surrender in the sense that it is used within the contemplative tradition of the world’s great religions.

To surrender is to yield, to submit to the powerful reality of what is, to take a long loving look at what is real, to welcome the situation in front of you. Surrender means accepting the past for what it was, embracing the present reality, yielding to the mystery of the future, and the mystery of God in that future. When I surrender, I accept my experience as something that had to be by necessity, so that I could learn what I needed to learn, to become what I needed to become, in order to embrace my future.

Richard Rohr says that understanding any situation begins with the primal “yes” of basic acceptance. We look at our present situation and assent to its confines. We avoid labeling or categorizing our situation as something inherently good or bad, we simply surrender and adapt to the reality of it. We cannot see or understand anything about our present challenges if it begins with, “No, we cannot let this happen”.

Cynthia Bourgeault explains that surrender is not “welcoming” the situation in front of ourselves. Rather, it is yielding to what wants to emerge. We let go of our old understandings and negative attachments to the past. We release our fears and embrace the loss of ego, and then we approach the situation with an interior alignment and acceptance that allows new approaches.

Only after surrender can we be led by our own emerging future. Congregations today need to yield to the realities of decline and stagnation. We need to quit fighting the present as if it were something that we could ward off by striving harder at what we have always done. By saying YES to what is, we can align ourselves with a future that needs and wants to emerge through us. This article was originally published on Susan Beaumont & Associates website,