Our churches fill in the blank with many things including money, members, etc., but most often I hear this lament with reference to children, youth, young people, or young adults. Such a cry echoes from the heart of every aging congregation and its intent, I believe, is genuine. On one hand, people do not want to see a congregation simply grow old and die off until the last person remains to lock the doors. On the other hand, I believe that older Christians generally desire to pass their faith on to the next generation, that all might know the love of the God and the church which has upheld them throughout their lives.

Many churches rely on well-staffed youth groups, children’s programs, and college ministries to fulfill this spiritual role in the lives of their children and grandchildren. I personally came to know Christ in a large youth group and began sensing a call to ministry through a campus ministry at the University of Florida. God has shaped my life through these ministries and I believe they have great value. I even served as a part-time youth pastor and later as a college minister before beginning my journey toward ordination.

But not every church can afford to pay a children’s minister or even a steady nursery worker. Not every church has enough teenagers to maintain a consistent youth ministry. Not every church is close enough to a college or even good job opportunities for young adults and many students will leave the community after high school. I often see discouragement and desperation. With a sigh, many small congregations resign themselves to the fear that most young families will end up at the big church down the road.

Long-standing mindsets must endure painful changes to embrace a culture of intergenerational ministry, and I have yet to see the fullness of what such a ministry could become. Nevertheless, I offer one tiny glimpse as a ray of hope that perhaps in Christ, not only is there no Jew or Gentile, no male or female, no slave or free… but maybe, just maybe, in Christ there is no young or old. 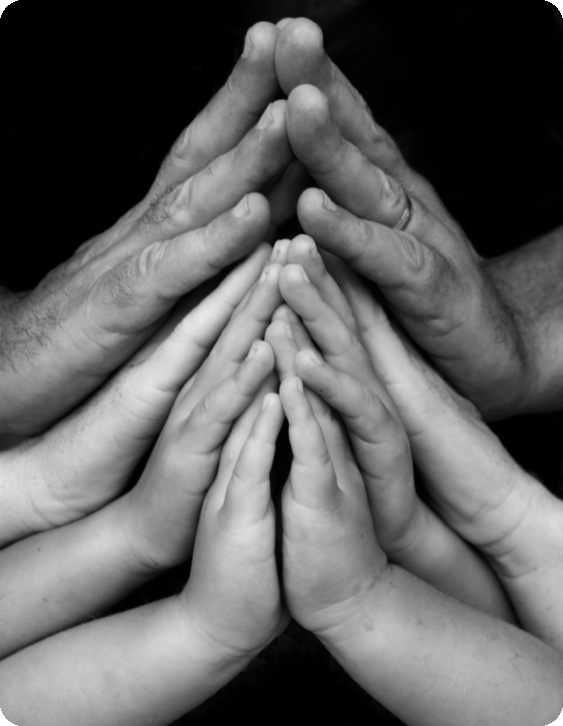 Last Spring I began a “Life Group” based on Kevin Watson’s book, “The Class Meeting.” We gather regularly around Wesley’s simple but seldom asked question, “How is it with your soul?” The initial discomfort and hesitancy of such personal vulnerability eventually wore off and the group grew into a lay led movement of rich and honest conversation, prayer, encouragement, and spiritual growth. While I highly recommend Watson’s book and implementing some form of Class Meeting in every church, I want to highlight specifically how God used this group to begin cracking the generational wall that so many churches have unwittingly built.

The Life Group welcomes anyone committed to honestly sharing their spiritual journey with one another on a consistent basis. A first grade teacher in her early 20’s accepted my invitation because of her experience with a similar group while away at college. She moved back home after school, but despite her degree, a good job, and even recent engagement, many people in the church still think of her as “one of the kids” because she grew up under their watchful care since birth.

After the first few months of the Life Group, one of the older members approached me. She confessed that my inclusion of young people made her nervous because she did not feel comfortable sharing such a personal part of her life with someone the age of her own grandchildren. Yet in the next breath, she said “Thank You”, because she had learned so much from this first grade teacher and came to respect her as an equal, now sharing their spiritual journeys together.

Around the same time, this young adult began feeling a tug to co-lead the group but she wasn’t sure the older adults would respect or trust her since they helped raise her as a child. As the group bonded through hearing one another’s stories and deepening in genuine spiritual care for one another, she came to see the other adults not as parents and grandparents who looked down on her, but as brothers and sisters in Christ who shared the same struggles and joys she lived with in her faith every day.

The members of this group have seen tremendous growth in their faith, in their missional spirit, and even in taking on new positions of leadership in the congregation. But perhaps most importantly, they have grown in their understanding of the Body of Christ. We cannot isolate young people from the rest of the church all their lives and expect them to feel immediately welcome when they turn 18. No matter their age, we cannot simply label them, “The future of our church,” and then wait for them to grow up in separate Sunday School rooms until we need them. Close your eyes for a moment and dream. What might it look like to treat your children and grandchildren as your brothers and sisters in Christ? As E. Stanley Jones once said, “God doesn’t have any grandchildren.”

The church of Christ has no past, no present, and no future. In Christ, every generation becomes one generation, the eternal generation. The church is the living and eternal Body of Christ… young and old, the great cloud of witnesses who have gone before, and all who are yet to come… now and forever under one head, Jesus Christ, our Lord. Amen.