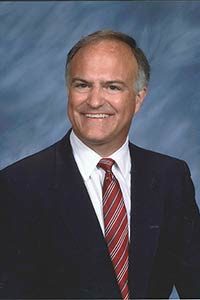 Bishop Paul L. Leeland and the Cabinet announce the appointment of Rev. Michael Bailey as a District Superintendent effective July 1. In support of this appointment, Bishop Leeland said, “It is an honor to welcome Mike Bailey to the appointive cabinet. He has shown tremendous leadership in our conference, served Christ United Methodist Church faithfully and effectively, and will be an outstanding asset to our ministry team.  He brings a strong sense of pastoral identity, experience, and vision for the church which will serve our conference with the same passion and fruitfulness that he has offered his congregation.” Bailey is currently the pastor of Christ United Methodist Church in Greensboro where he has served since 2012.  Prior to that he served at Mount Zion UMC in Cornelius for ten years, and four years as the pastor of the American Protestant Church of The Hague, Netherlands from 1998-2002.  He has served appointments in this conference since 1993. Bailey transferred to the Western North Carolina Conference in 1995 from the Memphis Conference where he began his ministry.  He is a graduate of Lambuth University (B.A., 1978) and Pacific School of Religion (M.Div., 1984). He will be assigned to a district later this month after other cabinet moves are finalized.