He was as black as the coal he shoveled into the sooty basement furnace of the old school.

Lanky and strong, he was polite but quiet as he went about his duties at a deliberate pace. In his late fifties or early sixties, he was the custodian at the Randleman Elementary School. We may have nodded at each other, but we never spoke. I knew practically nothing about him; still he was the black person I knew best during my formative years in the foothills of central North Carolina.

My home county of Randolph and the neighboring county of Guilford, once heavily populated by Quakers, some of whom conducted the Underground Railroad, were nevertheless stereotypical of the South of the 1940s and 50s.  No African-Americans (a term unheard of then) lived in the town limits of Randleman, a blue-collar, agriculture town of about 2,000.  I grew up Methodist, but previous generations of my family had deep roots in the Society of Friends. I never heard my folks or, indeed, many townspeople talk much about racial relations one way or another.

I don’t recall ever seeing blacks shopping in town, and the prevailing attitude was “they have their place and we have ours.” Blacks were mostly called “colored” but occasionally I heard the “N” word.

The larger neighboring cities of Greensboro and Asheboro had bigger black populations. A couple of times as a teen-ager, I rode with my buddies through black neighborhoods in these cities and yelled racial slurs. I harbored no hatred or dislike for black people, but I was a naïve, thoughtless kid going along with other thoughtless kids in acts of senseless, hurtful sins of racism. I deeply regret and I am ashamed of those despicable acts.

I graduated from high school on a Friday night in June of 1960 and left the following Monday morning for Air Force basic and technical training at bases in Texas. The Air Force was integrated, but my fellow trainees were overwhelmingly white.

However, one of my two basic training instructors was black and my squadron commander at tech school was black. This was a novel situation, but I focused on their rank and authority, and don’t recall any feelings of prejudice. At least subconsciously, I began to grasp the injustice of racism and the horrendous atmosphere prevalent in the South and in other parts of America.

My technical school class consisted of ten white airmen and three African-Americans. We studied together, lived in the same barracks, ate together, and drilled together, but when we were awarded a few hours of free time, we segregated ourselves by color. 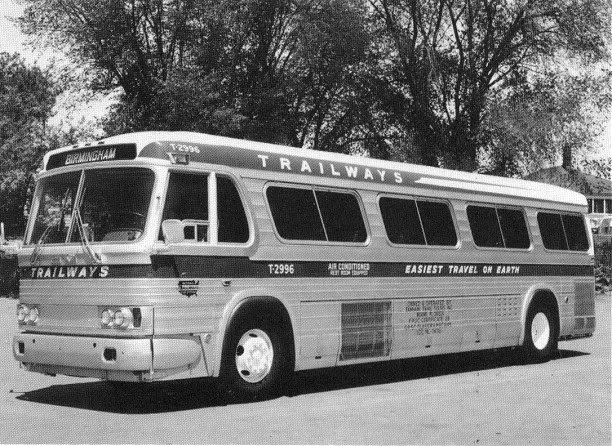 I did have several light conversations with Neal, a black classmate from Elizabeth City, North Carolina. We both planned to take a bus home for our thirty-day leaves before reporting to our duty stations. I suggested we travel together.

Neal was reluctant. Neither of us had ever had a friend or associated with a person of another race. We hadn’t talked about segregation or racial issues, but Neal knew something that I didn’t. Neal knew what it was like to be black in America.

But he eventually agreed to my travel suggestion. As our three-day trip progressed through mostly small-town America, Neal was uneasy sitting beside a white boy. He didn’t know what to expect, nor did I.

We wore our new Air Force dress uniforms and were proud of the single stripes on our sleeves. But what became obvious in the first miles was that some fellow passengers didn’t see two young servicemen, rather they saw a black boy and a white boy sitting side-by-side, flouting the convention of the day.

Anyone familiar with the abominable history of those times, especially before the Civil Rights Movement shifted into high gear and before Federal Civil Rights legislation was passed, understands why Neal had serious reservations about traveling with me.

We sat about halfway down the aisle and while Neal’s anxiety was obvious, we didn’t talk about it. Mostly we just got nasty looks and heard people whispering about us as they nodded in our direction. Some shook their heads in disgust.

But the most  intense and threatening part of the journey occurred when the bus pulled into the station in Montgomery, a hot bed of KKK activities and inhumane attacks by police who used night sticks, water cannons, and vicious dogs against innocent black citizens.

It’s been more than a half-century, but I vividly recall my anguish and apprehension at that station in Montgomery. Neal sat in the window seat and as the bus slowed to a stop, he slid down so as not to be visible from the outside, but part of his head could still be seen by people milling around the station. We saw people pointing in our direction and apparently talking about what they should do about us. Neither of us dared get out of our seats for the twenty minutes or so we were there. The tension was palpable, and I was afraid some of the bigots would drag us off the bus and beat us.

But I think disgust and anger overwhelmed my fear. Never in my young life had I experienced such sympathy for someone as I did Neal at that moment. “Oh, God, it is so very, very wrong that we fear for our lives simply because his skin is black and mine is white and we chose to sit side-by-side.” Both of us were destined for long overseas assignments. But the racists didn’t see military men, but rather two smart-alecky kids defying their way of life. It was also apparent that some black people didn’t approve of our companionship. They didn’t need another incident to stir the simmering pot of bigotry.

My friend and I were relieved when the bus chugged out of the station. We continued to encounter nasty stares and a few pejorative comments as the bus continued on from Montgomery to Greensboro, where Neal stayed aboard for his trip to the coast, and my family picked me up for my leave at home in Randleman.

That long-ago bus trip awakened me to the raw cruelty of racial prejudice and discrimination. Neal didn’t need the trip to know what I didn’t. Thankfully, attitudes have improved since then. Neal and I could travel together today without the disapproving atmosphere of 1960.  But over my years as a Methodist pastor, I sometimes wonder just how far we’ve come when I look out on Sunday mornings on an all white congregation.

Rev. Williams is a retired associate member of the South Carolina Annual Conference. He and his wife Cynthia live in Maggie Valley. He serves Fines Creek UMC near Waynesville as a retired supply pastor.