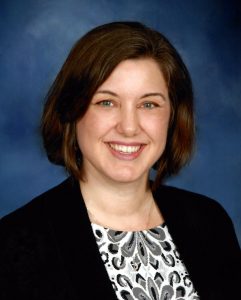 Lake Junaluska, N.C. –Lake Junaluska has announced a new hire to oversee programs, events and ministries. Mitzi Johnson will begin as director of programming on March 1. In this position, Johnson will oversee the Summer Worship Series, Choir Music Weekend, youth events, and other programs and events at Lake Junaluska. Johnson said she plans to draw ideas from the community, event attendees and her own personal experiences to develop an inclusive new approach to programming. “I’m really excited about being a part of taking this beautiful, holy and historic place into the future,” Johnson said. “I see openness to new types of programming and to welcoming groups that maybe haven’t been traditionally served by the lake.” Johnson is an ordained elder in the North Carolina Conference of the United Methodist Church. She most recently served as the pastor of spiritual formation at University United Methodist Church in Chapel Hill. She is a graduate of Duke Divinity School and UNC-Chapel Hill. Before attending seminary, Johnson worked as a corporate trainer, developing programming for Fortune 500 companies. She has also worked as a school teacher with the Teach for America program. “We are thrilled that we have found such a perfectly qualified person for this position,” said Jack Ewing, executive director of Lake Junaluska. “Mitzi brings enormous gifts and talents that will result in exciting new changes to the programs, ministries and events at Lake Junaluska.” Johnson said in the new position she wants to plan events that make each family member feel included, welcome and learn from other denominations, and connect with millennials. Johnson also said it is important to listen to the community already in place in order to truly understand the vision for the future. “I’m not coming in with a set of programs that I’m ready to implement,” Johnson said. “Instead, I’m bringing a set of questions that have proven helpful in the past as I’ve tried to learn about a new community and what is of interest to them.” Johnson said she is inspired by Lake Junaluska’s dedication to hospitality and transformation. “Hospitality is not just seeking to transform others, but allowing ourselves to be transformed,” said Johnson. “So as people come to Lake Junaluska, we will allow ourselves to be transformed by what we learn from them, and what they can teach us about the kinds of programming we could be providing.” Lake Junaluska is a place of Christian hospitality where lives are transformed through renewal of soul, mind and body. For more information about Lake Junaluska programs and events, visit www.lakejunaluska.com.