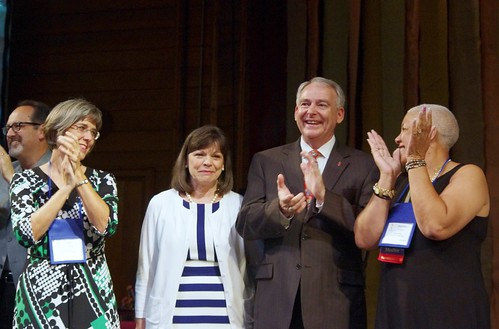 Jennifer Davis, the head of the Western North Carolina delegation, and a member the of the episcopacy committee, remarked about his assignment: “We are incredibly blessed to receive Paul Leeland as our Bishop in the Western North Carolina Conference.  He brings to our conference a wealth of wisdom and experience, tireless energy, a collaborative spirit, and a deep appreciation for the rich diversity of The United Methodist Church. He is a strategic team-builder and our conference will be deeply enriched as a result of his gifts and graces.”

After his election in 2008, he was assigned to the Alabama-West Florida Conference, which encompasses the southern half of Alabama and the panhandle of Florida. It includes more than 141,000 members, including about 900 active and retired pastors serving over 600 churches.

“We are so delighted to have Bishop and Mrs. Leeland coming to serve in Western North Carolina.  His organizational wisdom and strategic focus will allow him to continue the work that we have begun over the last several years.  His energy will be helpful in continuing our forward momentum and his calming presence will be a gift in the midst of these challenging times,” stated Rev. Kim Ingram, conference secretary and member of the jurisdictional episcopacy committee.

Leeland will replace Bishop Larry Goodpaster who has served the Charlotte area since 2008, after eight years as the bishop of the  Alabama-West Florida Conference. Following his retirement, he will become the Bishop-in-Residence at Candler School of Theology in Atlanta, GA.

Rev. Amy Coles, assistant to Bishop Goodpaster,  reflected, “We are excited to welcome Bishop Paul Leeland and his wife, Janet, back to North Carolina.  Bishop Leeland has provided effective, faithful leadership in the Alabama - West Florida Conference for the past 8 years, and I am confident he will bring the same to WNCC.  I look forward to serving with him as he guides us in continuing to follow Jesus, make disciples, and transform lives, communities, and ultimately the world.”

Janet Elaine Dowell, also from Washington, D.C. and Paul Lee Leeland were married in 1968. They have three married children: Rebekah, Nora and Paul Andrew. They have six grandchildren.

Bishop Leeland will begin his work in Western North Carolina on September 1. He and Janet will reside in Charlotte, N.C.