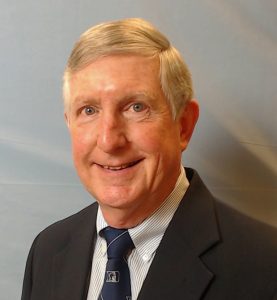 The Western North Carolina Conference Brotherhood/Sisterhood has hired the Rev. Roland T. Barnhardt as its new Executive Director, effective January 1, 2017. He succeeds the Rev. Robert W. Combs in this position, who served from June 1999 until his retirement on June 30, 2016.  The Executive Director presents the death benefit checks to the families of deceased clergy in the Annual Conference, sends the notification of the clergy deaths and collects assessments, does publicity on behalf of the ministry, and provides administrative oversight to the ministry. Barnhardt is a graduate of Duke University and Duke Divinity School and an Elder in the Western North Carolina Annual Conference, having retired in 2012.  He served as a pastor in the local church for 40 years, distinguishing himself for his pastoral care and his compassion for others.  Barnhardt has also served as a member of the Board of Directors of the WNC Conference Brotherhood/Sisterhood since 2005, serving as the Interim Executive Director of the Brotherhood/Sisterhood since July 1, 2016. “We were quite impressed with both the quantity and the quality of the applicants for this position,” says the Rev. James L. Pyatt, President of the Board of Directors of the Brotherhood/Sisterhood.  “Roland Barnhardt has done a wonderful job as our Interim Executive Director, and has brought some new and innovative ideas to the Board.  We are thrilled to have him serve as our new Executive Director.”