Nearing a Malaria Goal before GC2016 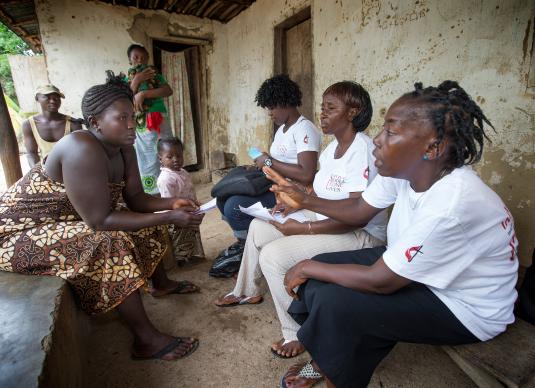 File photo by Mike DuBose, UMNS[/caption] By Linda Bloom (UMNS) As the denomination’s roving ambassador for malaria prevention, United Methodist Bishop Thomas Bickerton has heard “story after story” about people energized around a cause where they can make a difference. He also has personally witnessed the results while in Africa. “I’ve had a mother put a baby in my arms who had malaria who died while I was there. I’ve also had people introduce me to their children who, because of a (mosquito) bed net, are still living,” he said. Those stories and experiences are what have inspired Bickerton — throughout the past eight years of the Imagine No Malaria campaign — as he has promoted the work at U.S. annual conferences, on Capitol Hill, at the United Nations and on multiple trips to Africa, where the disease takes the highest human toll. He has been grateful for the support of the Western Pennsylvania Conference, where he serves as bishop, during that time. By the end of 2015, The United Methodist Church had reached 90 percent of its $75 million goal for Imagine No Malaria, raising more than $68 million in cash, pledges and commitments since 2008. On May 18, during General Conference 2016 in Portland, Oregon, a 12-minute production will highlight some of the accomplishments of Imagine No Malaria. The production will include dancing, a trio of voices of those who have lived with malaria, images of local churches on malaria and an original song commissioned for the event. “We really want to thank the people who have done this incredible work,” said Gary Henderson, executive director of Imagine No Malaria at United Methodist Communications. The way it began When the 2008 General Conference approved the Imagine No Malaria campaign, the stark reality was that every 30 seconds, a child was dying – mainly in sub-Saharan Africa — of what had become a treatable and preventable disease. Earlier participation in the Nothing But Netscampaign “touched the heartstrings of United Methodists,” Henderson said, but the more comprehensive approach offered through Imagine No Malaria has helped contribute to a measurable reduction in death and suffering. Although the fundraising goal of $75 million seemed daunting, “what struck me almost immediately that this was a God moment the church wasn’t afraid to seize,” Bickerton said, noting that the campaign required bold action “in a way that some would argue we had never been before.” The effort would require “tearing down silos” of church bureaucracy and opening up to collaboration with secular organizations. “It took creativity and it took a willingness on the part of leadership to go down that road,” the bishop explained. The end goal “kept us focused in the midst of the struggles that we faced.” Under the new campaign, Henderson said, funding was used to help develop a rapid diagnostic kit for malaria; implement “behavior change communication” aimed at educating and training people to use an insecticide-treated bed nets effectively and strengthen infrastructure, including the church’s more than 300 hospitals and rural outposts across sub-Saharan Africa. The Global Health campaign being organized by Global Ministries is really a “seamless evolution” of Imagine No Malaria, Henderson added. Sharing that information at General Conference will show “that where we go next is really the logical sequencing of what we’ve done in the malaria world.” 'The key message resonates with people’ Henderson has a simple explanation for the fundraising success, which mostly comes from small gifts: “The key message resonates with people.” Bickerton agrees with that assessment. One of their most recent favorite fundraising stories involves a mother in Ohio who took a part-time job during the Christmas holidays. “She got the job with the sole intent of giving all the income she raised to Imagine No Malaria, which she did,” Henderson said. Other examples: Two United Methodist pastors, the Revs. Dennis Miller and Randy Shrauner made a three-week, 10,000-mile ride to the Arctic Circle on their motorcycles, raising $11,000 for Imagine No Malaria in the process. A child from the Holston Conference who insisted on donating a $20 bill from her piggy bank to Imagine No Malaria because her grandmother had told her to “do something big with this.” Teens in South Carolina are participating in a T-shirt design contest and net-inspired fashion show. The funds raised have a broader impact because of the denomination’s connection to The Global Fund. “Our participating with the Global Fund has allowed us to widen our scope to the places where the church doesn’t normally go,” Bickerton explained. “That has widened our influence.” In fact, he noted, The United Methodist Church is the only institution that is both a contributor to and benefactor of The Global Fund. “Every time I walk into the room with those global partners, we come to realize how every important the church’s role is as a faith-based partner and how needed we are. I think sometimes we’ve underestimated that.” The relationship, Bickerton said, is “driven by the reality that the church is the most trusted institution on the continent of Africa. So when the church sides up with these secular partners, it brings credibility to them as well.” Such partnerships, Henderson pointed out, are “key” when it comes to achieving major health goals. “I don’t see us going backward in terms of that learning curve.” Bloom is a United Methodist News Service multimedia reporter based in New York. Follow her at https://twitter.com/umcscribe or contact her at (646) 369-3759 or newsdesk@umcom.org