Your UM Student Day Offering at Work in WNC 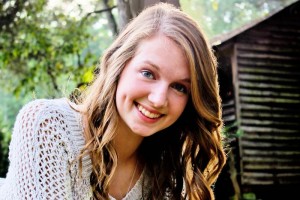 EMILY HATLEY SAYS HER YOUTH GROUP STUDENTS HELPED DETERMINE HER CAREER CHOICE. When envisioning Emily Hatley’s future, it is a safe bet that her United Methodist ties will play a pivotal role in how she will accomplish everything she sets her mind on doing. Hatley grew up in the South, surrounded by an abundance of love, gospel music and the 4-H Club in the rural town of Stanfield, North Carolina, not far from Charlotte. She lived with her parents and younger sister, but as an added bonus, her aunts, uncles and cousins lived close by. “One of the biggest highlights of my childhood was having my extended family living right on the same street with me,” Hatley said. Another childhood joy was Hatley’s church, Mount Moriah United Methodist, where she is still a member. She joined at a young age, and both of her parents attend Mount Moriah as well. “My mom grew up in the church I attend now,” she said. “She became the pianist of our church when I was in the fourth grade, and my father has played bluegrass gospel music since he was young, so Christian music has always been a large part of my life.” Hatley took her faith to a new level when she began high school. Determined to instill self-worth and pride in young girls, she began a youth Bible study series at Mount Moriah that dealt with dating and virtue. “The series began with four girls and myself,” Hatley said. “It was my intention to teach the girls the importance of purity and respect within their relationships.” Soon, 16 girls had joined. During a banquet at the end of the 12-week session, all of the girls signed “purity contracts” as their parents, who also attended, looked on. Now a first-year student at Wingate University in North Carolina, Hatley said she was able to go to college through the assistance of the United Methodist Student Day Gift of Hope Scholarship. “The money from this scholarship helped lift a huge burden off me and my family,” she said. “It is encouraging to know that The United Methodist Church supports my future endeavors.” She strongly believes churches should participate in United Methodist Student Day as it gives students the opportunity to pursue their careers to which God has called them. As a Bible study leader, Hatley mentors 20 youth who attend her classes every week. On occasion, she has found herself comforting her students after they have endured unexpected tragedies in their lives. It was during these emotional conversations that she decided to become a marriage and family counselor. Through her work, Hatley’s goal is to share God’s love, forgiveness and mercy. She prays that when she begins her career, “God will give me the wisdom to counsel my clients in a way that is pleasing to him.” Gayle Starling-Melvin, a freelance writer from Hendersonville, Tennessee One of six churchwide Special Sundays with offerings of The United Methodist Church, United Methodist Student Day calls the church to support students as they prepare for life in uniting faith with knowledge. The special offering provides scholarships for qualified United Methodist applicants. When you give generously on United Methodist Student Day, you support students as they prepare for life in uniting faith with knowledge.