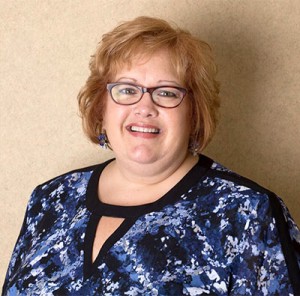 Members of the 2016 Western North Carolina Conference delegation for the General and Jurisdictional Conferences have endorsed the Rev. Amy Coles as their episcopal nominee.

She will be considered as an official candidate for bishop at the 2016 Southeastern Jurisdictional Conference scheduled for July 13-16, 2016 at Lake Junaluska, NC. Coles is currently serving as the Assistant to the Bishop and was appointed in July 2015. Bishop Goodpaster responded, “Serving as a very effective district superintendent for six years, Amy Coles demonstrated her skills at leading and motivating both clergy and laity to focus on the mission of the church in creative and faithful ways. Now serving as my Assistant, she continues to serve with a deep love for Christ and the church, and a commitment to advance the mission.” Prior to this appointment, she was the Smoky Mountain District Superintendent.  Before the conference realignment in 2012, she served as superintendent of the former Albemarle District and then she served briefly as the Appalachian District Superintendent before moving to the Smoky Mountain District after the election of Bishop Ken Carter in 2012. Her career includes serving Hopewell UMC in Trinity, NC after completing seminary, and as associate pastor at Covenant UMC in High Point, NC. Before moving to the cabinet in 2009, she served ten years as pastor of Fairview UMC in Shoals, NC. Coles completed her Bachelor of Science at UNC- Greensboro, worked for a period in business, and then responded to a call into ministry while attending Christ UMC in Greensboro.  She finished her Masters of Divinity at Duke Divinity School in 1992. She was ordained a deacon in 1991 and became a member in full connection of the Western North Carolina Conference when she was ordained elder in 1994. According to Rev. Kim Ingram, Conference Secretary and delegation member, the General and Jurisdictional Conference delegation has been in a two month process of discernment. This included prayer and listening, small group conversations, a time of Q&A with candidates, straw polls to gain clarity, and a vote by the delegation.

On Saturday, October 17, the delegation chose Amy Coles and offered their unanimous support as the episcopal nominee of the Western North Carolina Conference. “We are excited about what Amy offers the Church and look forward to the next steps of taking this journey together,” Ingram added. Jennifer Davis, a layperson from Gastonia, NC and the chair of the delegation remarked, “It was evident to me, as we engaged in this discernment process, that Amy Coles embodies the gifts and graces for the office of a bishop in the United Methodist Church.  Her passion for the church and its mission to make disciples is enthusiastic and contagious.  Western North Carolina is blessed to offer her as a candidate.” Coles’ service in the conference includes membership on district committees of ordained ministries and conference Board of Ordained Ministry.  She was a member of the board for Hinton Rural Life Center, Pfeiffer University and Givens Estates. She is currently the secretary and treasurer of the cabinet, a board member of Rural Faith Development CDC, is on the advisory committee of the Thriving Rural Communities Initiative through Duke Divinity School, and is on the design team for SEJ Cabinet Consultation. She was a delegate to General and Jurisdictional Conference in 2012, and was a reserve delegate to Jurisdictional Conference in 2008. She became the legal guardian of her nephew Brandon Estrada after his mother’s death in 2010.   He is a recent high school graduate and plans to enter the military this fall. Coles reflected on being nominated, “I am deeply humbled that the delegation sees in me gifts for episcopal leadership.  My prayer through our discernment process has been that I might serve in the place of greatest usefulness for the Kingdom.  I will carry that prayer with me into the election process, asking that God’s will be done.”