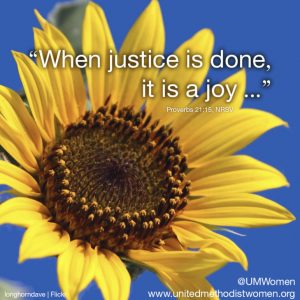 United Methodist Women is standing with members and mission partners in North Carolina protesting state’s HB 2 law. The organization will hold an action against HB2 in January 2017 during its Leadership Development Days training in Charlotte, and will move the May 2017 training for its Mission u program study leaders from Charlotte to Jacksonville, Florida, in protest of the law. North Carolina’s House Bill 2 was dubbed “the bathroom law” by those focusing on its requirement that persons use public bathrooms based on their biological sex rather than gender identity. The law also: