WNCC and NCC cabinets met jointly in Greensboro this week 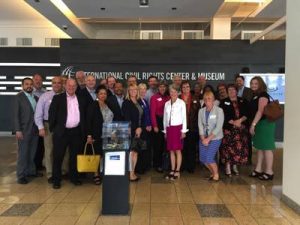 Bishop Hope Morgan Ward and Bishop Paul Leeland met with the cabinets of the North Carolina Conference and the Western North Carolina Conference in Greensboro, NC, at West Market Street United Methodist Church.  The focus of their joint meeting was building communities of trust through reconciliation and collaborative church networks.  Their work was strengthened through worship, encouragement, strategic planning with district missional networks, and sharing best practices among local congregations.  The two day-day joint cabinet meeting was hosted by The Duke Endowment (TDE), and represented by Robb Webb and Kristen Richardson Frick. 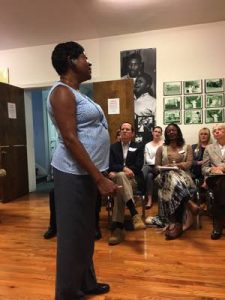 John Parker, a community development consultant with TDE guided the agenda for both days.  In addition to celebrating where we see God at work within our respective districts, the primary focus of our work centered on racial reconciliation and began with a visit to the International Civil Rights Center and Museum, located in the old Woolworth building in downtown Greensboro.  Here, the civil rights movement in the south began in 1960 when four African-American college students from North Carolina A&T, in peaceful protest of the segregation of services along racial lines across the south, sat at the Woolworth lunch counter seeking to be served, but were denied because of their race.  Members of the two cabinets were moved by the museum displays and the historical presentation provided by the tour guide.

The following day, others, including the deans of Duke Divinity School and Wake Forest Divinity School, joined the gathering of leaders from the two conferences and convened at the Beloved Community Center.  The Rev. Nelson Johnson and his wife, Joyce Johnson, co-directors of the center and its worship space, have been actively involved in the civil rights movement in their hometown of Greensboro since the 1960’s.  The Rev. Johnson spoke of his work over the years in the cause of racial equality, sometimes at considerable risk to his personal safety or even life.  He challenged the leaders of both NC conferences to put their faith into action in seeking to address social injustices, especially racism.  “Your belief is measured by what you’re willing to do,” he said.  In the ensuing discussion, those present spoke of the importance of not forgetting the suffering many in North Carolina and elsewhere have endured, including the 1979 Greensboro massacre of five persons during a protest rally against the KKK, so as to learn from these painful experiences and to bring healing. 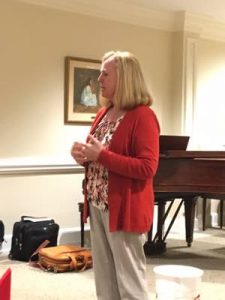 Before closing worship, the cabinets engaged in a reflection of the ministries that have become possible as a result of the TDE.  Dean Elaine Heath, Duke Divinity School, invited the cabinets to share insights and impressions that will benefit the divinity school in its upcoming assessment of the school’s work and curriculum.  Both cabinets continue to express gratitude for their collaborative work in addressing the common concerns across the state of North Carolina.