The Pew Research Centers released its latest report on religion in America, “America’s Changing Religious Landscape,” on Tuesday May 12. Since then, the news and religious media have been full of commentary and opinion.  Below are three excerpts that have ties to United Methodism, and to the Western North Carolina Conference:
Christians lose ground, ‘nones’ soar in new portrait of US religion (Religion News Service) This article was written by Cathy Lynn Grossman who specializes on stories drawn from research and statistics. This excerpt was taken from a section early in the piece. The percentage of people who describe themselves as Christians fell about 8 points — from 78.4 to 70.6. This includes people in virtually all demographic groups, whether they are “nearing retirement or just entering adulthood, married or single, living in the West or the Bible Belt,” according to the survey report. State by state and regional data show:

Christian faiths are troubled by generational change — each successive group is less connected than that group’s parents — and by “switching” at all ages, the report shows. While nearly 86 percent of Americans say they grew up as Christians, nearly one in five (19 percent) say they aren’t so anymore. “Overall, there are more than four former Christians for every convert to Christianity,” said Cooperman. Read the entire article 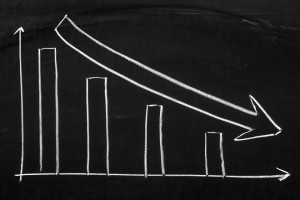 BEYOND SELF-LOATHING TO GOD'S FUTURE (Ministry Matters) This article was written by Bishop Ken Carter of the Florida Conference.  An excerpt was taken from the middle. 2. The increasing numbers of “dones" (those who no longer claim a Christian affiliation) is the result of two factors. We must first take responsibility; in the words of the confession, “we have failed to be an obedient church”. And so we are honest about the church's self-inflicted wounds, evident in the harm we have done to each other. We should also note that the growth of unaffiliated has been shaped by the relentless critique of the church from without (the high culture of academia and the popular culture of film, television, drama and music) and within; in social media I am often taken by the default posture of cynicism and displaced anger within the church (and among the clergy), which takes the form of self-loathing. But a third learning from the data, for me, is most significant. 3. The real shifts toward growth of the nones calls us to take seriously movements like Fresh Expressions in the U.K., which is a much more secular context than the U.S. Here we can give up on the idea that if we passively wait for them, they will return. This was the inherent flaw in the “Open Hearts, Open Minds, Open Doors” campaign; it assumed that the “nones” and the “dones” would flow into our spaces and find us to be tolerant, open-minded people. Read the entire article

This article was written by Daniel Burke, CNN's Religion Editor.  This excerpt was from a conversation with Greg Jones of Duke Divinity School that appeared at the end.

But Christian leaders still bear some responsibility for not connecting with younger believers, said L. Gregory Jones, a senior strategist for leadership education at Duke University in North Carolina.

Many young Christians seemed bored by church, he said, pointing to youth ministers as particularly ineffective at piquing millennials' intellectual interests. One study cited by Jones showed that nearly 70% of full-time youth ministers have no theological education.

"Christianity in the United States hasn't done a good job of engaging serious Christian reflection with young people, in ways that would be relevant to their lives."

Instead, many Christian denominations have been riven by internal struggles over homosexuality, particularly in the last decade. While most millennials back gay rights, according to separate surveys, they are more interested in working with the wider world than holding endless debates over sexual morality, Jones said.

"If it is the case that millennials are less 'atheists' than they are 'bored,' then serious engagements with Christian social innovation, and with deep intellectual reflection (and these two things are connected), would offer promising signs of hope," Jones said.