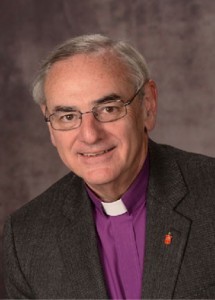 Today, Bishop Goodpaster and the Cabinet begin another week of prayerful discernment in the process of appointing clergy to churches for the 2015-2016 conference year.

This has been an on-going process since the first of the year and has included many conversations and consultations with both the clergy and the Pastor (Staff) Parish Relations Committees in our churches. As expressed in paragraph 425.1 of the Book of Discipline, it is “through appointment-making [that] the connectional nature of the United Methodist system is made visible.”

Bishop Goodpaster is announcing today that there will be several changes among the District Superintendents this year. Sam Moore (after 7 years as a superintendent), Gary Royals (after 4 years), and Lory Beth Huffman (after 3 years) will each be appointed to serve a local church in our conference. The following clergy will be appointed as superintendents, beginning July 1.

Carl Arrington will be appointed to the Appalachian District. Carl has been serving as pastor of the Chestnut Grove UMC in the Yadkin Valley District since 2012. Prior to that Carl served for six years as the Director of African American Ministries with the Southeastern Jurisdiction, and for five years before that as the Minority Program Director for RAIN. A graduate of UNC Chapel Hill, he earned his M. Div. from Duke Divinity in 1980, and his D. Min. from Drew Theological Seminary in 1988.

Laura Auten will be appointed to the Uwharrie District. Laura has been serving as pastor of the Maylo UMC in the Catawba Valley District since 2008. Laura is a graduate of Pfeiffer University, and earned her M. Div. from Wesley Theological Seminary in Washington DC in 1990. Laura has been a leader of the missional network of churches in Gastonia and has been instrumental in nine churches engagement with the Warlick School in Gastonia.

Sally Langford will move from her role as Assistant to the Bishop to be appointed to the Metro District. She brings years of experience to the responsibilities and is reconnecting with many of the churches and clergy who served with her while she as the superintendent of the former Salisbury District. She earned her M. Div. degree from Duke in 1979. Sally has provided excellent leadership across the years in our conference, especially in these years of transition.

Amy Coles will be appointed to the office of Assistant to the Bishop after serving for six years as a superintendent, first in the former Albemarle District, and most recently in the Smoky Mountain District (with a two month interim in the Appalachian District in the summer of 2012). She earned her M. Div. from Duke in 1992, and has been a key leader and resource person for the Thriving Rural Communities initiative through the Divinity School.

Randy Harry will be appointed to the Smoky Mountain District. Randy has been serving as pastor of the Cashiers UMC in the Smoky Mountain District since 2009. A graduate of UNC Chapel Hill, Randy earned his Juris Doctorate from Chapel Hill in 1984, and then his M. Div. from Erskine in 1999. During his years at Cashiers, Randy has led the church to significant missional engagement in the community and beyond, including a significant ministry with Latino day-laborers in the Cashiers area.

There are many factors that are considered in making appointments. The goal is to make missional appointments where the unique needs and culture of a local church and community, are matched with the skills and grace of a pastor. The Bishop and superintendents are very intentional and deliberate in the effort to make quality missional appointments without regard to age, gender, or race.

In the coming days, decisions will be made that will impact clergy and their families, thousands of lay persons, and the future of many of our churches. The Bishop asks that everyone across the conference join in daily prayer for this work.

If the schedule and planned agenda hold true, the superintendents will begin making phone calls to clergy who will be moving and churches where there will be a change on Wednesday afternoon and continue until Thursday evening.