Lyn Sorrells and Sally Langford will both be receiving new appointments at that time. Angela Pleasants and Mark Andrews will be appointed to serve as District Superintendents.

Bishop Goodpaster remarked, “Both Lyn and Sally have been very effective superintendents and I have been privileged to serve with both of them. Lyn was one of the first new DS appointments I made when I arrived in Western North Carolina, and Sally has been a part of the Cabinet for all of my years here, except for her one year as interim pastor at Gastonia First UMC. They have helped all of us redefine the role of superintendent and have modeled and taught us what it means to be the chief missional strategist in and for a district.” 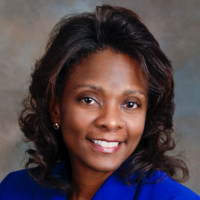 Pleasants is currently serving as pastor of First UMC in Mt. Holly where she has been since 2011. Previously she had served Central UMC in Charlotte and at Wingate UMC among her five appointments in our conference.  She is a graduate of North Carolina A&T State University (1990) and Duke Divinity School (1999).

She will be appointed to serve as the superintendent of the Catawba Valley District. 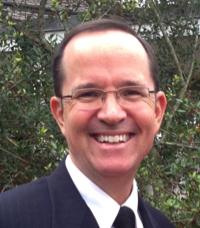 Andrews is currently serving as pastor of St. Luke UMC in Hickory where he has been since 2011. Prior to that he served for ten years at First UMC, Belmont, among his five appointments in the conference. He is a graduate of Greensboro College (1978) and Duke Divinity School (1986)

He will be appointed to serve as the superintendent of the Metro District.

“I am very excited about both Angela and Mark joining the Cabinet and bringing their unique gifts and skills to our work together. They have both demonstrated deep commitments to Christ and the church, with particular focus on energy around missional engagement and leading the church to more faithful and fruitful service,” concluded Goodpaster.