Methodism in western North Carolina predates the founding of both the Methodist Episcopal Church in the United States, which occurred in 1784, and the establishment of Conferences, which occurred between 1795 and 1800.  The Yadkin Circuit, formed in 1780 covered the valley of the Yadkin River in North Carolina.  The first preacher appointed to the Yadkin Circuit was Andrew Yeargen. In 1783 the Guilford Circuit and the Salisbury Circuit were formed.

The white northern Methodist churches established several small conferences that evolved into the Blue Ridge-Atlantic Conference by 1911.  The African American Churches were placed in the North Carolina Conference of the Methodist Episcopal Church, which lasted from 1869 to 1939.

In 2011, members of the Western North Carolina Conference voted to enlarge the size of the districts by reducing their number from 15 to eight.

On April 23, 1968, The United Methodist Church was created when Bishop Reuben H. Mueller, representing The Evangelical United Brethren Church, and Bishop Lloyd C. Wicke of The Methodist Church joined hands at the constituting General Conference in Dallas, Texas. With the words, “Lord of the Church, we are united in Thee, in Thy Church and now in The United Methodist Church,” the new denomination was given birth by two churches that had distinguished histories and influential ministries in various parts of the world.

Theological traditions steeped in the Protestant Reformation and Wesleyanism, similar ecclesiastical structures, and relationships that dated back almost two hundred years facilitated the union. In the Evangelical United Brethren heritage, for example, Philip William Otterbein, the principal founder of the United Brethren in Christ, assisted in the ordination of Francis Asbury to the superintendency of American Methodist work. Jacob Albright, through whose religious experience and leadership the Evangelical Association was begun, was nurtured in a Methodist class meeting following his conversion. 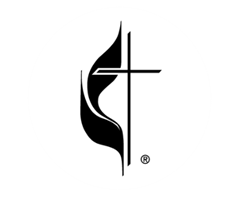 A Summons to Witness, Protest, and Promise

We give thanks for this Summons to Witness, Protest and Promise written by the cabinet of the North Carolina Conference.  In our ongoing collaboration, we affirm these words alongside them.  Across our state, we invite all United Methodists to be a part of building “the new world God promises as heaven in time descends to earth.” (Revelation 21)

A Summons to Witness, Protest, & Promise

We believe that the Holy Spirit is indeed poured out upon all people.
We believe that in baptism, we are incorporated into God’s mighty acts of salvation, and commissioned to resist evil, injustice and oppression, in whatever forms they present themselves.
We believe that God’s intent for humanity is community, compassion, and holiness, and that justice has been marred by the history of enslavement and racism.
We believe that repentance is urgent for the historic and ongoing violence against Black girls and boys, men and women.
We believe that in the wounding of Black bodies we see Christ crucified.
We believe that those who have been steeped in white privilege, through repentance, can be transformed into humble servants of the living God.
We believe we are called to work for the day when God’s will is done on earth as it is in heaven.