WNCC Disaster Response Efforts: How You Can Help
Blog

The Recession of Waters, the Rise of the Church 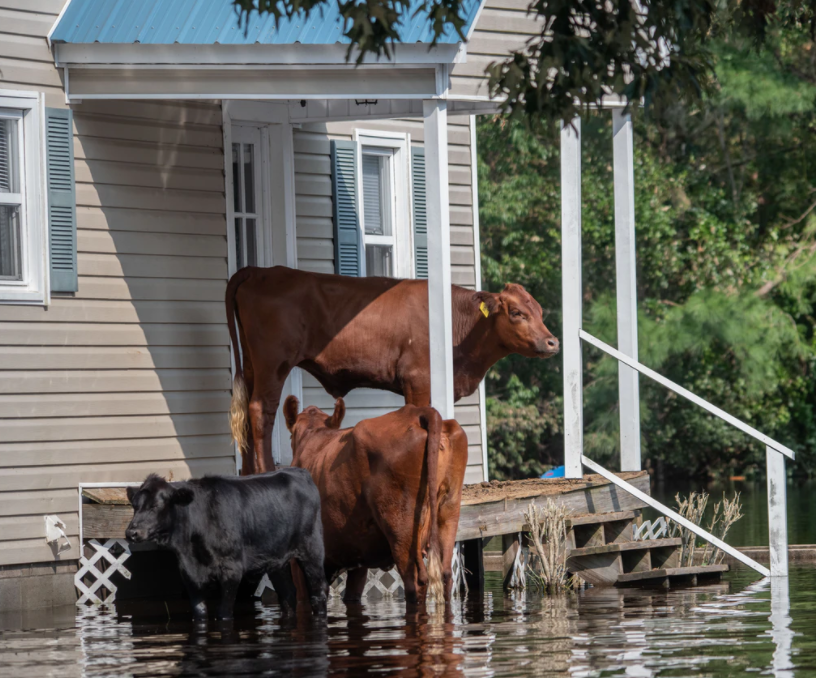 3:00
There had been a steady rain all day. I prepared to pick my children up from school and checked the radar. It looked like some heavy rain would be moving in right at carline time so I decided to head out a few minutes early to avoid driving in the worst part of it. Sure enough, the kids were loaded up right as the heavens opened and a deluge came pouring down. The effect was immediate. Sheets of rain came pouring down the hillside of the school, flowing into the road below. With our wipers flicking at a furious pace we cautiously made our way home through the rain laden roads. Once home, my phone blew up with alerts:

4:12
The Haywood EOC has advised the school system to return buses to school due to flooding. Parents will need to pick up their child from school if they are not already at home.

NCDOT asking that you DO NOT attempt to come into Haywood County. They have multiple landslides and flooding that has stranded vehicles. Please shelter in place and give crews time to clear some of the roads.

5:31
Weather Emergency- Move to higher ground immediately. Do not call 911 unless you have a life threatening emergency. Shelter in place if you see water rising quickly. Portions of the East Fork of the Pigeon River are overflowing its banks. If you are anywhere near the river in the south or east (Canton, Clyde, Cruso, Bethel) sides of the county take action now.

I watched horrified as the images started flooding social media. People screenshotted posts from their loved ones trapped on the top of vehicles as waters raged around them. School buses were stranded as bridges washed out. Children spent the night at school when their parents were unable to reach them.

The school my children had once attended now had a waist-high lake surrounding it. The park where I was supposed to preach that Sunday was now underwater—the pavilion, the picnic tables, softball fields, football stadium, basketball courts, all covered with a muddy expanse of water. A road washed out and a car bobbed in the road-turned-river in front of former parishioners’ house, both of whom had passed from COVID just a year before.

In Cruso, the river violently tore through the community.  A surge of water lifted mobile homes from their foundations and dozens of campers came cascading down the river, crashing into bridges, several exploding on impact, the remnants joining a slew of debris tumbling downstream. The speed at which quiet streams and lazy rivers transformed into a ferocious, consuming wave of water caught residents by surprise. People in its path scurried to rooftops and higher ground. People frantically took to social media asking for word on their missing loved ones. Most escaped with nothing but the clothes on their backs—six lost their lives.

That evening the river crested and poured into downtown Canton. Streetlights illuminated churning water sweeping through a school and local businesses. Friends lost their farms, homes, and vehicles.

Once the water receded it revealed entire communities left in ruin, ravaged by water and now a landscape of mud and debris. Driving through in the days following the air was thick with the scent of dirt and rotting produce—many of the farms losing an entire season’s worth of inventory. Seas of cornstalks lay horizontal, flattened against muddy earth. Emergency responders, rescue teams, and disaster response vehicles began streaming into the county, their journeys marked by the tell-tale sign of dark mountain dirt caked to their trucks.

As with any tragedy, there have been many, many heroes in this story. This is a close-knit community where people care for their neighbors. There were reports of even the mayor rushing door to door and carrying someone out on his back. The clergy of the Canton Missional Network have been my personal heroes as they immediately shifted gears, organizing community relief efforts. They are ecumenical, community-minded, pure servants of God’s Kingdom. They have worked relentlessly and tirelessly over this last month and a half, wearing both clergy collars and work boots as they’ve taken on a plethora of roles. But the road to recovery is a long one. It’s a road soaked in grief that has been dammed up in order to simply respond to the current crisis. But this community will need help.

The flooding from Tropical Storm Fred is simply one more brutal blow upon our community. Like many around our state, the last year and half has been filled with uncertainty with economic instability, health debates, quarantine measures, and the loss of life from a global pandemic. Our churches have often struggled to keep up with a changing landscape of virtual offerings, declining attendance, and denominational uncertainty. The social disparities have only widened during this time, much like how our tiny streams grew to enormous rivers, creating deep, broken, scars into our roads and ravaged land—creating chasms between our people.

But as we have seen time and time again, it is in the midst of such crisis and trial that the Church rises to the occasion. At our heart is a spirit of creative determination to forge ahead in the face of hardship—to stubbornly proclaim the hope in Christ and the in-breaking presence of God’s Kingdom. Our people show up and offer light in this world. The flood waters will recede. The world will look very different. But God does wondrous things in times of rebuilding from devastation, hope in hopelessness, and resurrection in the face of death.

We need the helpers in every place: people to offer a kind word, an expression of grace, gentleness in the heat of the moment, generosity in a land of scarcity, a commitment to do the good in the name of Christ.  Many thanks to each of you who do that day in and day out. May the Lord give you grace and strength as you continue to serve in his name, even when the waters recede.
To learn more about the Canton Missional Network and flood relief efforts; https://www.cantonmissional.org/