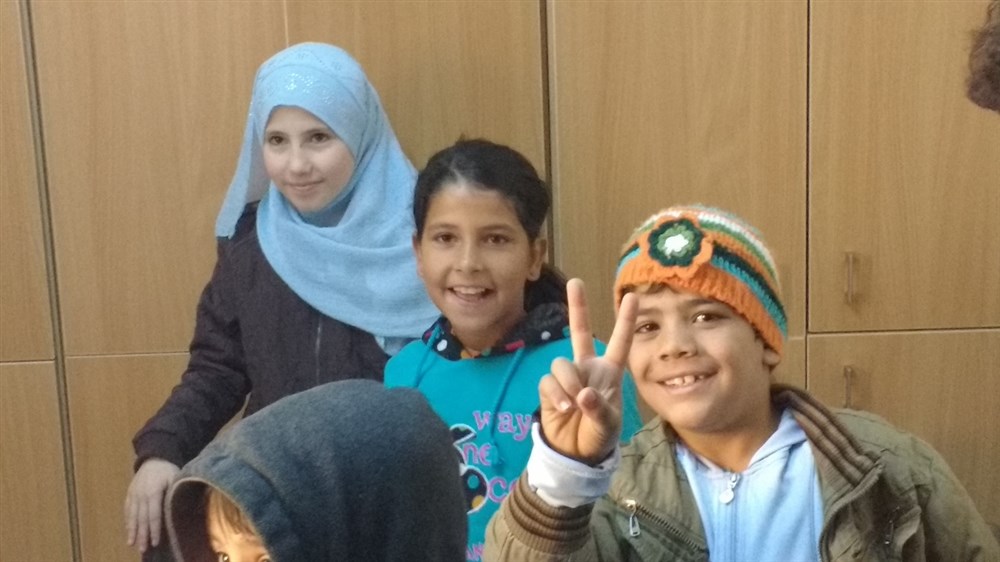 I’m often surprised when and where it hits me, or what triggers it.​   ​It was a turkey.  Actually, a Syrian boy, a refugee, coloring a thanksgiving turkey.

I was in Jordan, a few miles from the Syrian border, in a school for refugee children. I walked into a classroom of smiling faces. I looked down, saw the turkey, the symbol of thanksgiving. He looked up and smiled.  It hit me, and it hit hard - heartbreak. Tears were starting. I looked away, tried to swallow, tried again, and finally swallowed hard.

How could this boy smile? How could he be thankful? How could he color the symbol of plenty when he and his family probably don’t have enough food?  They left their home, jobs, farms and land because of shelling and bombs, gun fire and death. Maybe his father or mother, like so many here, were killed in the war. They fled with very little. How could the school teach of thanksgiving? How dare they?  These thoughts kept coming.  I looked back down, he was still smiling. I forced a smile, hoping he couldn’t see past it.

The school, operated by the church we’re assisting, teaches grades 1-6, has nearly 100 students, all refugees (over 350 sought enrollment).  They teach arabic, english, math, and science.  Christianity too.  Ahhh, that’s something unusual for these kids.

These children are different than the ones I’ve met in home visits. Different than the ones who don’t attend here. Other kids have shut down emotionally, they are traumatized and scared. Yet, these school children seem happier, safer, and much less traumatized than ones who aren’t enrolled here. These kids really seem happy.  A change from most we’ve met. They seem grateful for the school, the meal, and the love they receive. Thankful for a place to play, to learn, to be a kid without bombs (although we can hear them), gunfire or death. See for yourself, click for video.

While heartbroken, I’m thankful too. 50% of the refugees are children. They are caught in the strange place of no man’s land, not in Syria, not Jordanian citizens. They live in tents, campers, or small-slum like apartments. They are refugees awaiting a home, a permanent place to go to school, where they can live and grow, play and learn, where their parents can work, provide and contribute to the community.

Jesus, whose family were refugees from Bethlehem to Egypt, teaches his followers “I was a stranger and you welcomed me”. Going on to say that what we do, or don’t do, to those in need, we do to him. Something to think about.

Kel Billings has served in pastoral roles of three WNCC Churches. In 2012 Kel started full-time with UMVIM serving in Bethlehem, Israel/Palestine with a humanitarian aid organization.  During 2015 he began assisting refugees in Jordan and Lesbos. Kel just returned from Lesvos, is currently in NC advocating for refugees. (Kel met the maximum length of service for UMVIM and now serves independently)
More at https://kelspath.wordpress.com/