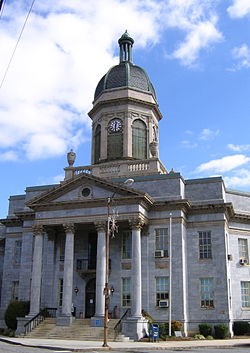 This summer I got called to jury duty for the very first time.  And boy, was I excited!

No, I’m not being sarcastic.  It may not be as honorable as military service, but I felt proud to do my civic duty.   On Monday morning, I reported at the courthouse like a bright-eyed freshman on her first day of class…

…and by Thursday afternoon, I felt like a tired senior who was just ready to graduate.

That doesn’t mean I regret my week as Juror #5.  In fact, I observed something incredible taking place, something we don’t often see in today’s culture:  two opposing sides discussing a controversial issue with civility.

When we have a problem with someone, Matthew 18:15 advises us to start by going directly to that person to discuss the fault.  But instead of talking toeach other, we tend to talk ateach other… or simply avoid talking altogether, especially when it’s a controversial topic. Sometimes it seems like we’ve completely lost the art of constructive disagreement.

Strangely, my time on the jury gave me hope.  I saw that kind of constructive disagreement taking place between the attorneys.  Maybe we could take some courtroom procedures into our own conversations.  Things like:

Taking turns talking.  In the courtroom, one attorney speaks at a time.  They take turns making opening arguments, questioning the witness, and making closing arguments.  Interruptions have to be OK’d by the judge.  Everyone has their chance to talk; no rude interruptions.

Listening carefully.  When someone in the courtroom is talking, everyone else pays attention.  The attorneys take notes.  The jurors aren’t allowed to have phones – because we aren’t fully listening when we’re looking at something else.

Showing respect.  The attorneys greet each other like colleagues.  They use proper titles to address each other.  Occasionally, they even work together to make sure the process is fair and productive – all while being on opposite sides of an issue.

Getting a moderator.  Courtrooms aren’t the only place where a “judge” might be helpful.  Matthew 18:16 advises that if a one-on-one conversation doesn’t work, the next step is to pull in a few other people.  When a conversation gets really sticky an objective third party can help it get un-stuck.

Unfortunately, we have a lot of hot-button topics right now.  Talking about them can make us feel like – well, like we’re being taken to court.

But if that means being able to discuss those issues with civility… then maybe that’s not such a bad thing.