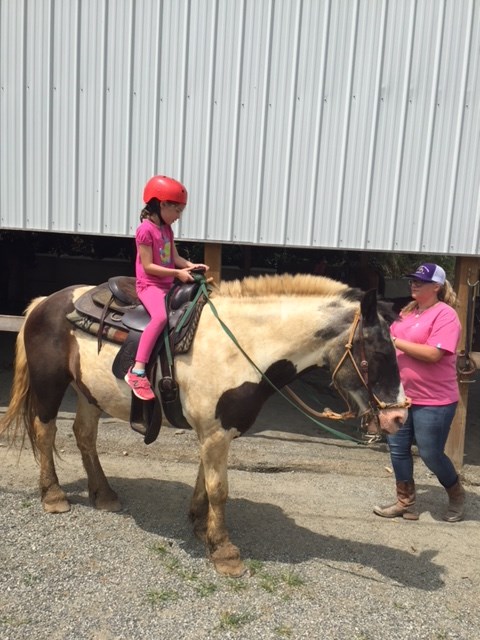 Grandchildren have a way of reawakening lessons you learned long ago but pushed aside as the struggles of life took over. We had a month with the kids – Beau (age 4) and Marianne (age 7 1/2). Three weeks were at our place in the mountains. Having them together would have killed us. So, we had one week with Beau and two separate weeks with Marianne.

The other week with the kids was at Vacation Bible School at Centenary UMC. I thought when you retired from active ministry you got a bye on church events like VBS. But grandchildren have a way of calling you back. My wife, Vicki, was a group mentor and I was the story teller.

It was Beau’s first VBS. He didn’t have a clue what VBS was. But he had a blast. He especially liked the singing. He is still afflicting us in the car with songs learned at VBS. What counted with Beau was not that he understood the meaning of everything. What counted was the experience of being a part and feeling special. That is what stuck! I guess that is one reason why we include children at Holy Communion. They don’t need to understand all the theological implications (as if adult and youth do). But they do need to know they are included.

The week before VBS we had Marianne in the mountains. My wife, Vicki, got the bright idea that Marianne needed the experience of horseback riding. I wasn’t so sure. She is so tiny. But the stables assured us she would be fine. Right before going Vicki looked at me and said, “You will need to ride with her. With my back we don’t want it to get out of whack right before VBS.” It was a smart move on my wife’s part.

Reluctantly with my arthritic hip, I agreed to ride. There was no reluctance on Marianne’s part. She was the epitome of NO FEAR while I was hanging for dear life. I kept telling Marianne to keep both hands on the saddle horn. She kept forgetting because she was having too much fun looking around. There were lots to see – hawks, crows, mist on the mountains, and a horse that wanted to nibble grass at every opportunity. Marianne totally embraced the experience while I couldn’t walk decently for three days after the ride.

The next time Marianne was up we decided to hike to the top of Mt. Pisgah. The sign said it was ONLY a 1.5-mile hike. But I didn’t read the sign correctly. It said it was a high of 1.5-mile elevation. The hike was 2.5 miles according to my Fitbit. Marianne made some friends with other kids hiking. She was like a gazelle going over the rocks even when the path got steep. Once again, her experience was one of all wonder and joy. Vicki decided to stop at the ¾ mark and wait for us to come back while I trudged on to keep up with the child. When we ended the hike, Marianne was like “wasn’t this great.” Meanwhile, Vicki and I were ready to check into Hospice.

What my grandchildren reawakened in me was the importance of embracing experience for that is a way of embracing life. There is a scene in the Western, Lonesome Dove where Gus (the philosopher cowboy) says to pragmatic Captain Call,” It ain't dying I’m talking about. It’s living.” Later when Gus is dying from blood poisoning his final words to Captain Call were, "It’s been a hell of a party.” What a wonderful embrace of the experience of living. Reminds me of what Jesus said “about bringing us life and that life abundant.”

I recently read Bishop Jack Spong’s latest book, Unbelievable. The line that resonated with me was that “experience always comes first and later comes explanations.” I thought “that Episcopalian could be a Methodist.”

Do you know the difference between experience and explanation? Back in the early 1980’s, I was Associate at Dilworth United Methodist in Charlotte. While I there a conducted a marriage service for two 80-year-old at a retirement home. The groom had a 90-year-old brother in attendance. He asked where I served. When I told him he replied, “Oh, you mean Butt’s Chapel!” That perked up my ears. The first minister of Dilworth was John F. Butt in 1896. He started the church because he wanted a place for the mill children to have Sunday School. Ninety percent of the members at Dilworth had no clue who John Butt was.

The 90-year-old brother then asked me, “Did I know the connection of Billy Graham with Dilworth Methodist?” I said I didn’t know but I did know the Franklin family had attended Chalmer’s Memorial ARP on the corner of West and South Blvd.

This was the tale he told me. In the old Dilworth Methodist (now a winery), they held a revival led by a Confederate veteran. Frank Graham (Billy’s father) attended. The 90-year-old used language I had last heard in church history class at seminary. The old Confederate preached Frank Graham under conviction. Frank Graham then moved to the mourner’s bench where members came and prayed him through to an experience of grace.

Frank Graham thought he had a call into ministry. He ended up milking cows instead at his dairy farm on Park Road. When his evangelist son became famous, Frank Graham was asked at an Atlanta Crusade when Billy Graham decided to go into the ministry. He replied, “Ten years before he was born at Butt’s Chapel.” You can find a similar story on page 6 of Billy Graham’s autobiography.

Frank Graham’s explanation of his experience of grace sounds a bit too Calvinist for me. But that is no surprise since the explanation fits the theology (explanation) of where he ended up in church. However, the experience of being accepted and loved by God I totally identify with.

All too often we focus on the explanations as if explanation is the same as experience. They aren’t. I remember my old professor, T.F. Torrence in Scotland saying in Dogmatics I, “Dogma which we don’t question (what I think Wesley would call the essentials of the faith) come from doctrine which we do question (could this be non-essentials?), comes from worship which comes from experience. If our dogma and doctrine ever get cut off from our experience than all we have are dry and dusty words that have no meaning in our lives.” I still remember those words from a lecture in the fall of 1970. They resonated then and still do today.

We are living through difficult and interesting times in the church right now. The scandal in the Roman Catholic church over child sexual abuse and the institutional cover up. The accusations against one of the early mega pastors great, Bill Hybel at Willow Creek church about his sexual abuse of women. Our own coming clarification over the issue of homosexuality. All of these issues and how we respond to them can taint the church to the outside world. It is easy to see us all in the same light – rigid, duplicitous, not trustworthy, and hypocritical. To those inside the church, it is easy to become disillusioned and cynical which is why the fastest growing church in the U.S. is the church alumni society.

What people outside and inside the church want is experience. They want to embrace an experience of God where they KNOW the love of God not just explanations about who God is. Maybe that is why programs of spiritual formation, spiritual disciplines, and spiritual direction are big right now. We instinctively know the holes we need to fill. When our church truly lives out the statement in a creed that says, “we believe in the church which stands open to all travelers and bears witness to the everlasting love of God” then I think God through the church can still transform the times.

Experience comes first – ways through a Red Sea when there is no way out; closed tombs that become open; new life out of death. Explanations comes later and explanations can change. It is called doing theology. But without experience, the explanations can become meaningless. What do you think? How is your church welcoming all travelers and bearing witness to the everlasting love of God?