A Pain in the Rear for Jesus 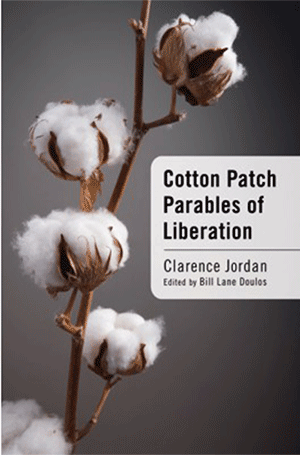 My definition of “a pain in the rear” is someone who wants us to change something we would rather not look at, consider, or deal with. Like a pain in our body that is symptomatic, a pain in the rear will not go away until we address it.

Most of us, especially those raised in the south are taught not to be pains in the rear. In my extended family, the word most often used was “to be nice.” Nice meant to keep up a certain appearance, avoid painful truth rather than confront it, and act like family instead of being family.

Nice didn’t mean the same as being civil. Civil means showing respect and dealing in a respectful manner even when you don’t feel like it. Civil meant treating others as Thou’s when you really wanted to treat them as Its.

Through hard lessons my extended family learned to move from being nice to being civil. We learned that confronting what is instead of acting like what isn‘t was authentically being family rather than just having the appearance of family. As a result, we now have a saying in my family that “nice is a four-letter word.”

I don’t think my decidedly extended southern family was the only family which got this message of “niceness;” of not ruffling feathers; of peace at any cost. I remember going for refreshments after worship at the French Huguenot church in Charleston, SC. This little old lady pointed out a concave impression in the wall of the building we were heading toward. She said “that came from the late unpleasantness,” meaning the Civil War. The concave impression came from a Union shell shot in Charleston from the harbor. The lady was describing that awful conflict that we still feel the effects from in a “nice way.” It minimized the profound pain and destruction experienced.

How are God’s people suppose “to be” in a world which wants us “to be nice,” avoid painful truths, and keep up appearances? How can we move from my southern understanding of nice to being civil?

Luke has two parables of Jesus that I think speak to this. The scripture says these parables are about prayer. But looking at the meaning of some of the Greek words and you might get another message.

Imagine what would happen if you went to a friend in the middle of the night and said, “Friend, lend me three loaves of bread. An old friend traveling through just showed up, and I don’t have a thing on hand.

The friend answers from his bed, “Don’t bother me. The door’s locked; my children are all down for the night; I can’t get up to give you anything.

But let me tell you, even if he won’t get up because he’s a friend, if you stand your ground knocking and waking up all the neighbors, he’ll finally get up and get you whatever you need.

That sounds like being a pain in the rear to me. In Bill Doulos’ book Cotton Patch Parables of Liberation he says the Greek word for yelling and pounding “refers to the man’s imprudence.” This man making such a racket in the middle of the night is shamelessly “disturbing the peace.” That doesn’t sound very nice to me. In fact, Jesus even challenges my notion of being civil.

The second parable (also from Luke) is like onto the first. It comes from Luke 18:2-5 The Message.

There was once a judge in some city who never gave God a thought and cared nothing for people. A widow in that city kept after him. “My rights are being violated. Protect me!”

He never gave her the time of day. But after this went on and on he said to himself, “I care nothing what God thinks, even less what people think. But because this widow won’t quit badgering me, I’d better do something, and see that she gets justice – otherwise I’m going to end up beaten black and blue by her pounding.”

“Yelling and pounding;” badgering and nagging; beaten black and blue – sounds like being a pain in the rear to me? It doesn’t sound very “nice.” But is this what Jesus is calling his followers to be in confronting matters of injustice? How do you like that for a call to discipleship?

My southern upbringing still kicks in. Is there a way to do this and still be civil? Is there a place; a mechanism; a way for rank and file United Methodists to yell and pound in a civil manner in the body politic, particularly at the national level? There is!

Go to the website of Church and Society – UMC and sign up to be a Justice Advocate. You will choose which issues you are concerned about according to Tricia Bruckbauer at Church and Society. They will send you emails about upcoming legislation related to the issues you chose that our Social Principles speak too. Then you will be encouraged to call your representatives – Senators and congressperson to speak as a United Methodist about that issue. They will also encourage you to follow up with a letter. They will even offer suggested letters that you can send. They will give you background on why your church supports or opposes such legislation or issue. This doesn’t take an inordinate amount of time and is an easy way for you to be a pain in the rear for Jesus.

Would that make a difference? I don’t know. But I think that many people calling would give enough yelling and pounding, badgering and nagging, beating black and blue to be noticed and heard. Sign up today my friends.  if you have questions,  contact Tricia and Tbruckbauer@UMCjustice.org

BE A PAIN IN THE REAR FOR JESUS!

Duke Ison is a retired “pain in the rear” who lives and does ministry in Winston-Salem, NC.