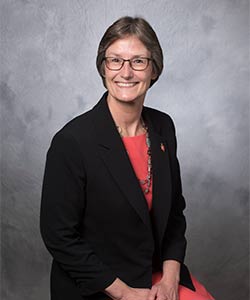 Sandra L. Steiner Ball, the daughter of Edward J. and Marjorie W. Steiner, was born in Cambridge, Massachusetts and raised in Milford, Delaware.  She is a graduate of Dickinson College, (B.A. in Religion, 1984), Duke Divinity School (M.Div., 1987), and Wesley Theological Seminary (D.Min., 2003).

Sandra was ordained deacon and elder by Bishop Joseph H. Yeakel in the Peninsula-Delaware Conference.  She served as the first full-time associate pastor of Kent Island United Methodist Church in Chester, Maryland.  At St. Luke’s United Methodist Church in St. Michaels, Maryland, Sandra served as the church’s youngest and first female pastor.  She became the first female Dover District Superintendent.  Sandra served as the first female Director of Connectional Ministries in the Peninsula-Delaware Conference.  During her last year as a DCM, she also served as interim pastor of Bayside Chapel, a new church start.  Sandra was in this position when elected to the episcopacy by the Northeastern Jurisdictional Conference in 2012 and was assigned to the West Virginia Area. 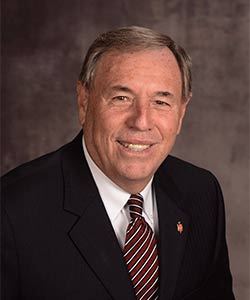 His last appointment was as Senior Pastor of Lexington First Church (Mother of Kentucky Methodism). Al served as Associate director of the Conference Council on Ministries, Lexington District Superintendent, chaired the Board of Ordained Ministry (1996-2004), chaired the Committee on New Church Starts, chaired the Area Episcopal Committee (1991-2000), was a prominent leader in the Uniting Committee of the Kentucky and Louisville Conferences. He was a General Conference Delegate in 1988, l992, l996, and 2000, and head of the delegation in 2004. He was a member of the General Council on Ministries and the SEJ Administrative Council.

Alfred W. Gwinn, Jr., was elected to the episcopacy by the Southeast Jurisdictional Conference in 2004 and was appointed Bishop of the North Carolina Conference/Raleigh Area. 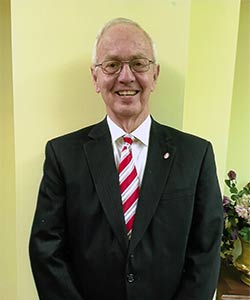 Tom Bridges is a native Floridian, born in Fort Pierce, FL.  In December, 1958, he married sue Wilson; they have three children; 14 grandchildren and two great grandchildren.  After graduation from high school he attended Georgia Military College, Milledgeville, GA, graduating in 1959.  He attended the University of Florida, Gainesville, FL, earning a Bachelor of Science degree in Agriculture in 1965, majoring in entomology.  After graduation from college he worked for the Indian River County, FL, mosquito control district and later was a research associate at HLR sciences in Vero Beach, FL. In 1991, the company merged with Ciba-Geigy Agrochemical Company in Greensboro, NC, at which time he moved to the Piedmont triad.  After 30+ years’ service at the two companies, he retired in 2003.

Tom moved his church membership from First UMC in Vero Beach to Bunker Hill UMC in Kernersville, NC, in 1992.  He became very active at Bunker Hill, serving in many capacities and on committees. During this time he felt the call to do more and therefore completed the requirements to become a Certified Lay Minister.  Tom and his wife Sue started Stephen Ministry at BHUMC and are Stephen Leaders.  Tom is also an “on-call’ Chaplain at Kernersville Medical Center.  In 2016, he was selected to be the Yadkin Valley District Lay Leader.